Attempting to be Human too Early in the Morning

This week I got a new job. The sort of job where you look at construction videos until your eyes bleed and must consider it training. It seems to involve a lot of screwing and nailing. By day three I was finding it hard to wake-up in the mornings. Mostly because I have gotten used to the sloth-like hours of a student and also because 8am seems like an ungodly hour for anyone to be turning their computer on at. 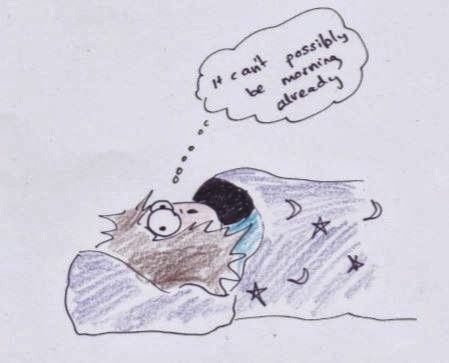 I woke up, quite understandably, in denial. 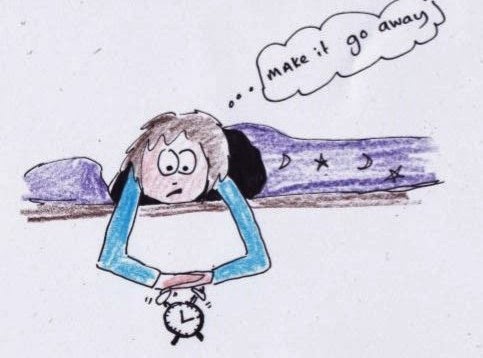 Then because it's a NEW job, and I don't want anyone there to know that I've recently become a tea-drinking sweapants-aholic, I made myself look semi-professional. 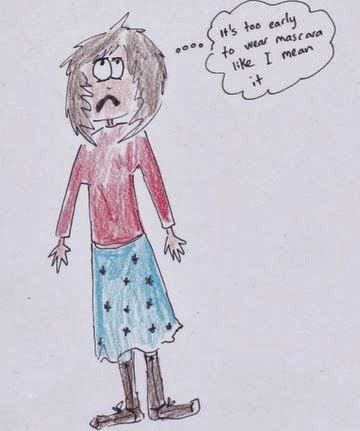 It was only when I was about to suit-up to face the weather and cycle to work that the morning took a turn for the worse. 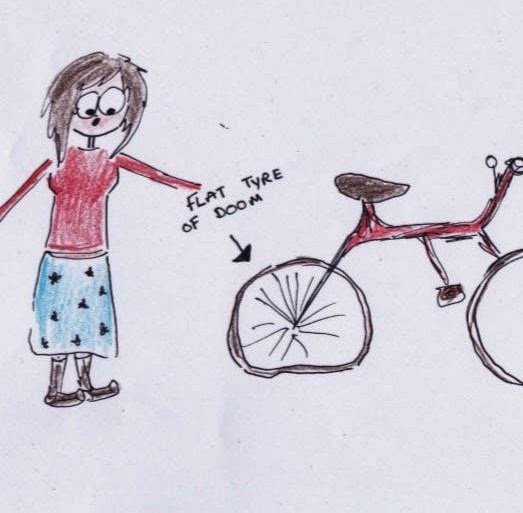 I tried to pump the tyres but the bicycle pump would not cooperate. It has clicky bits and things that screw on and off. The more the clock ticked, the more I scrambled. Soon there was no earthly way I could make it to work unless my bike magically fixed. So I did what all sane, rational, well-adjusted adults do. I lay on the floor and cursed at my bike. 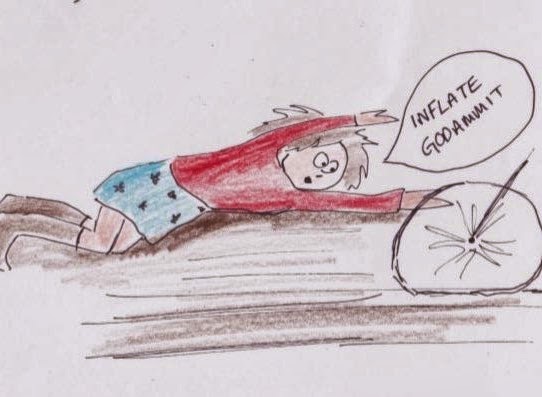 I had an epiphany lying on the floor that morning. My wheel was still round, deflated tyre or not, it would still get me where I needed to go. It was time to suit-up and soldier on. 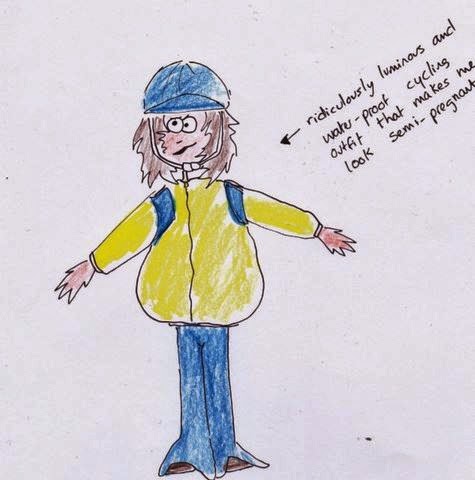 I pedaled like a furious and demented minion to work. 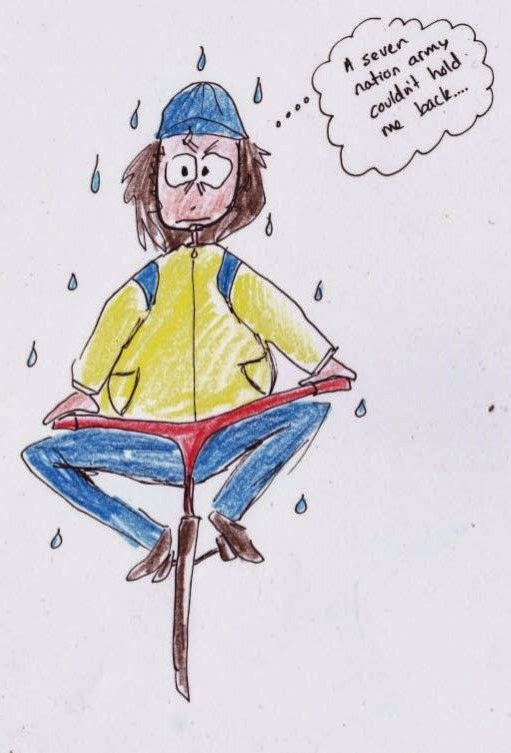 It turns out there is a legitimate reason why one should avoid cycling on a flat tyre. Particularly if one has all the finesse of a badger and all the sense of a rhino in heat. The reason being that your inner tube will come loose and wrap itself around your wheel, while you are in the middle of a giant junction, in lashing rain, with cars blaring their horns at you. At which point you will have to come to terms with the fact that you may well be about to die. 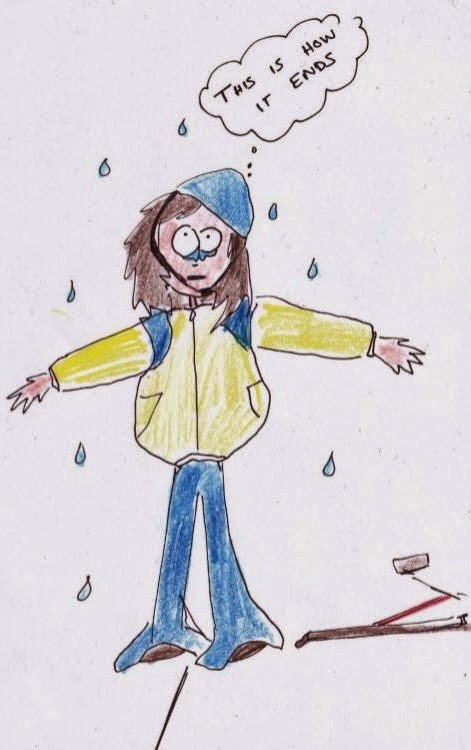 I survived, clearly. There was then an awkward few minutes spent dragging my giant bike to a nearby fence. At which point I cursed my choice of a heavy bike. I wanted a heavy one because the light one I'd previously owned used to get me blown into traffic. Which was only slightly less scary than breaking-down in the midst of roaring traffic. 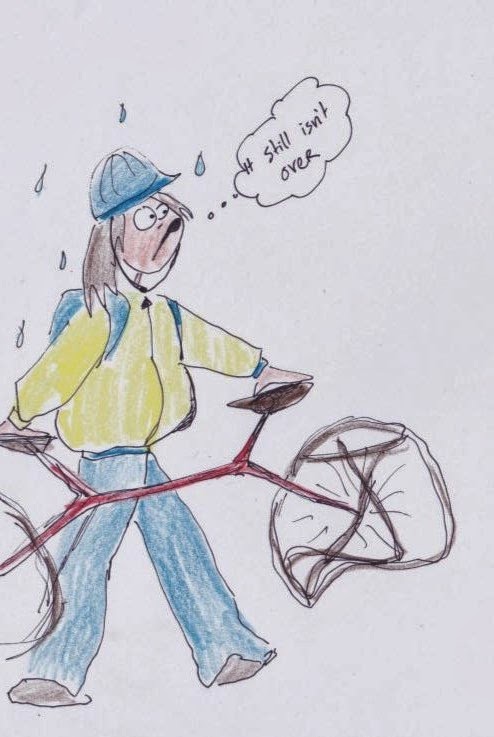 Once I tied up the bike I decided to run to work. In my giant waterproof  trousers and terrible shoes. 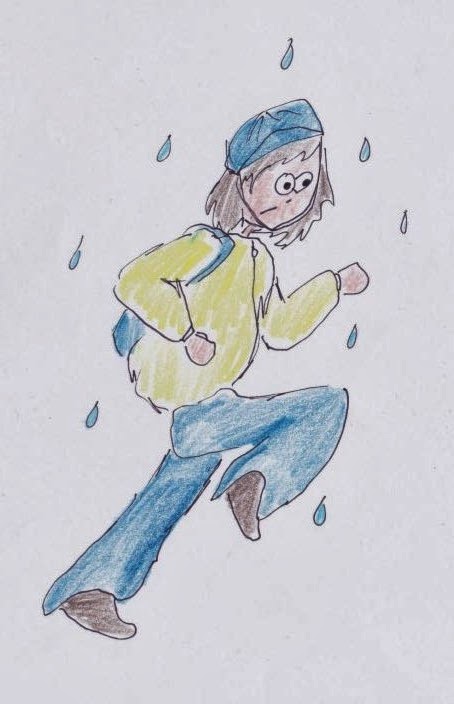 I got to an intersection where I had, unfortunately, another epiphany. 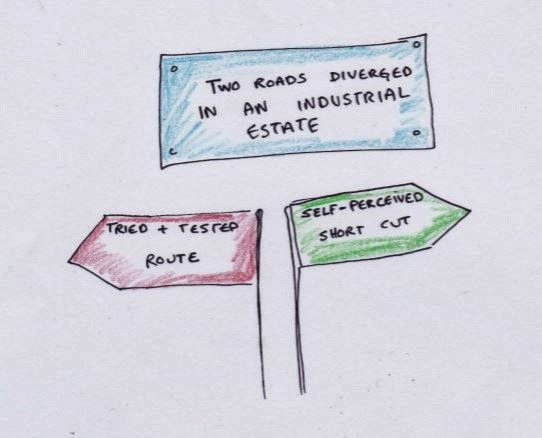 I think we all know which way I decided to go. I console myself with the thought that Robert Frost would have been proud. 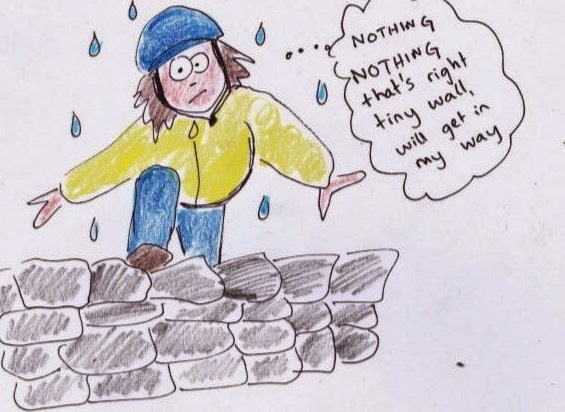 I only realised how unfortunate my shortcut was when I ended up in literally the middle of nowhere. 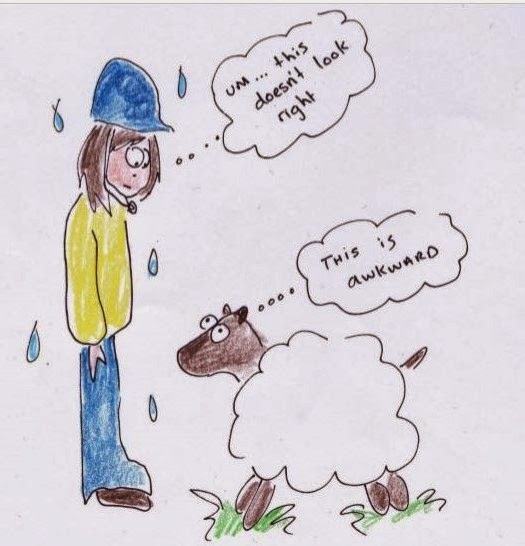 It was all too much. I simply gave in. I would simply regale them all with my miss-adventures when I arrived sopping wet and late. 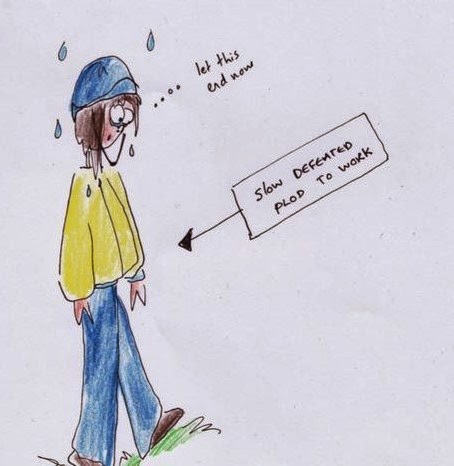 When I finally arrived I was over five minutes late. This was really distressing until I noticed that I was the only person there. Surely this couldn't be. After all that trouble, I hadn't even managed to make a dramatic bloody entrance and there was nobody to hear my tale of woes. 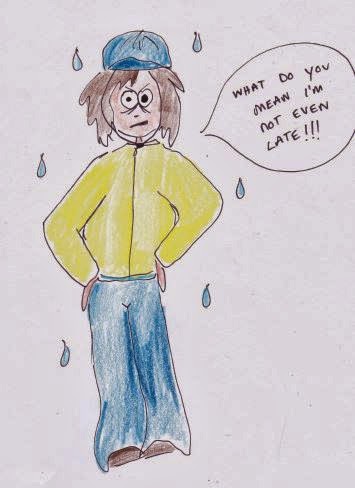