King Douche (my mentor) divided his time between two things a) irritating me as much as humanly possible and b) imparting his life philosophies. This resulted in me maintaining the following expression for extended periods of time.

Without his presence in the office I might have lasted at least another week. His life lessons were imparted in such a way that it felt like he thought he was doing me a favour by sharing his unprecedented wisdom. 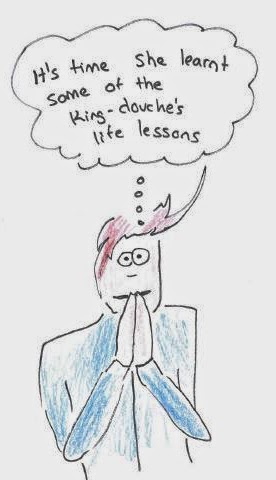 It would be impossible to document two entire months of these gems. But here are a few of my favourites.
Life Lesson 1: The importance of a good education 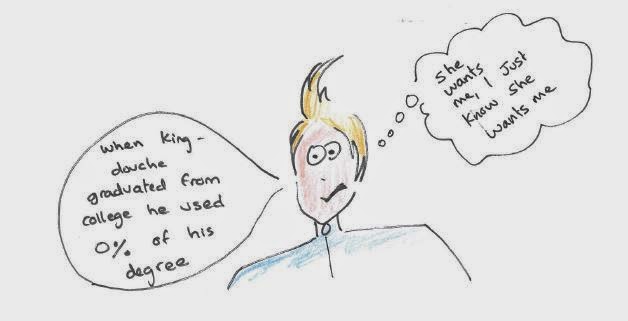 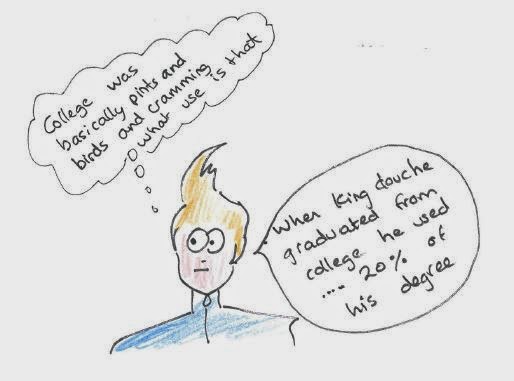 This simple request was met with an explanation of why all his accomplishments to date were essential and that I someday could possibly achieve such greatness. 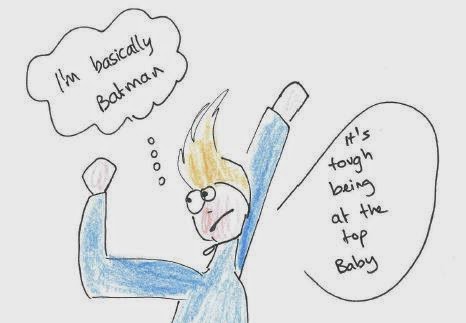 Life Lesson 3: One simply does NOT quit the construction industry and will not be fired on request, regardless of the extent of their emotional breakdown 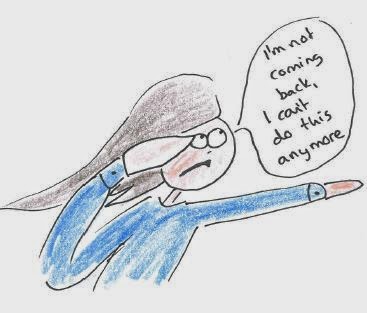 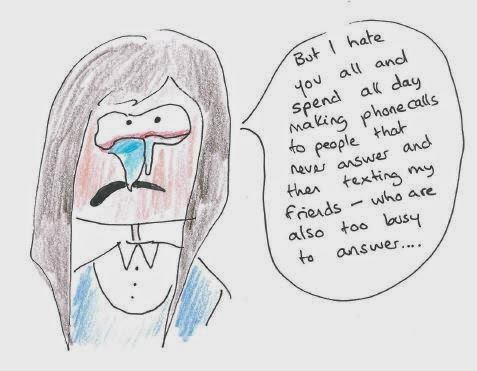 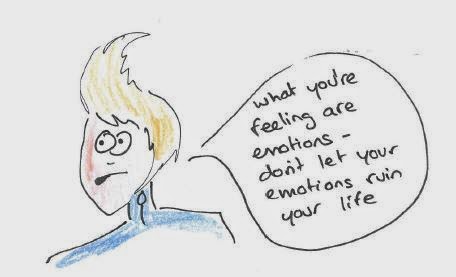 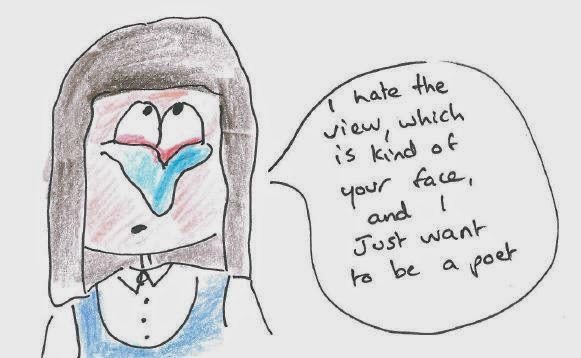 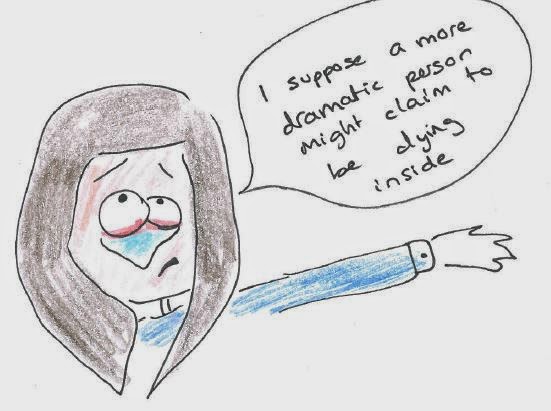 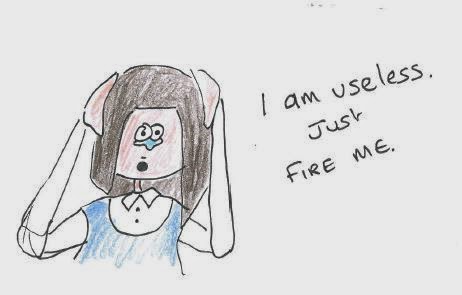 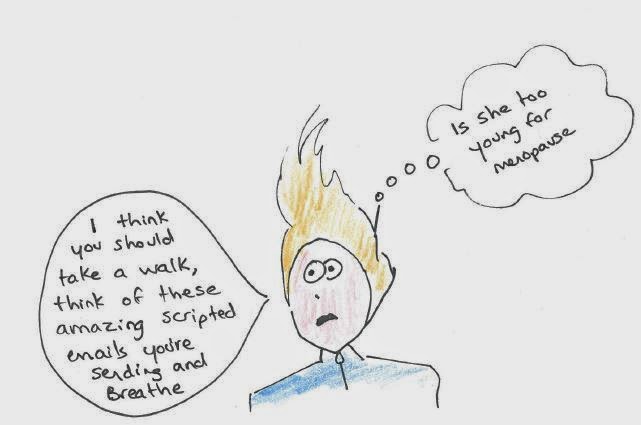 Lesson 4: Don't sh*t on your own doorstep (This came shortly after my first attempt to quit). 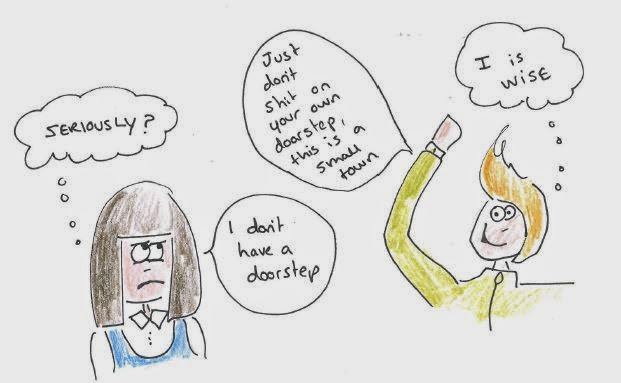 Life Lesson 5: Broaden your horizons (This lesson focused predominantly on trying to convince me that going to horrible night clubs was the way forward with my life). 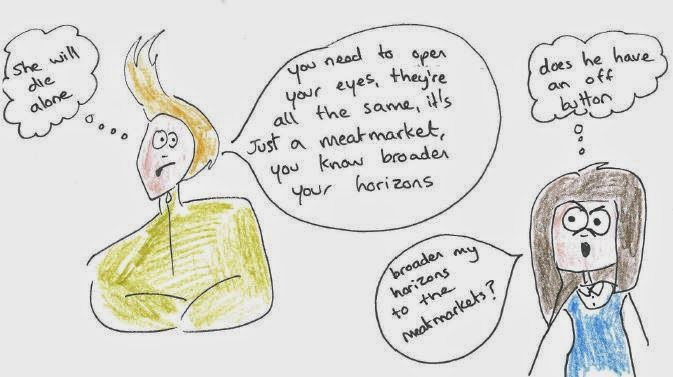 Life Lesson 6: Variety is the spice of life (This lesson was centred around his ongoing attempt to get me to join his local mixed sports team). 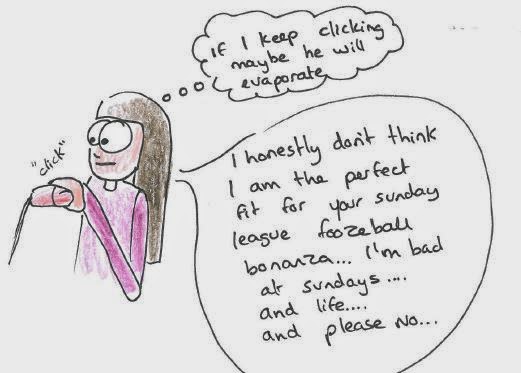 Life Lesson 7: Poetry is not an applicable life skill (He was genuinely concerned for my life choices).

Life Lesson 8: Self delusion is key to becoming a true King Douche. 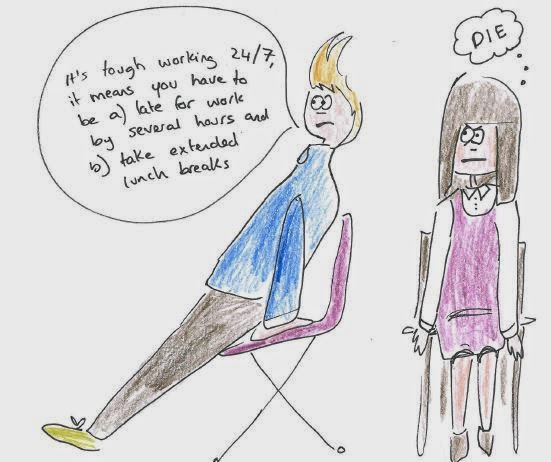 Life Lesson 8: Personal space is something therapists made up to explain away perverts. 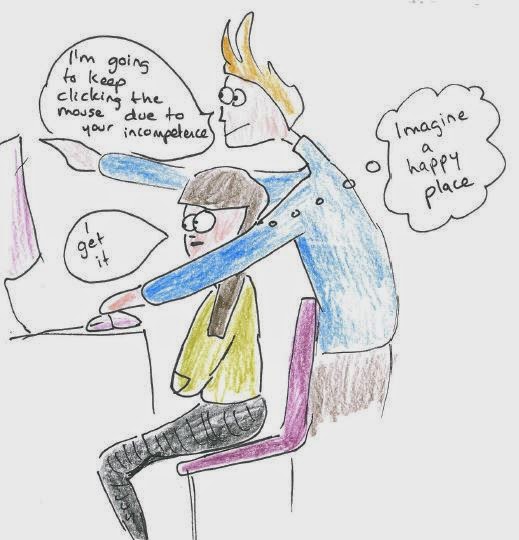 Life Lesson 10: One may say offensive things provided one knows and fully discloses that they are about to be offensive.

Life Lesson 11: In life you can be the solution or the problem. 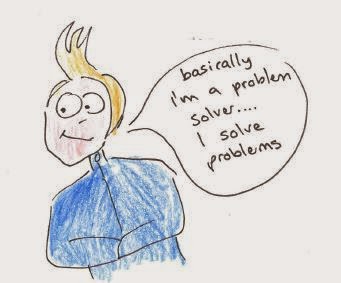 12. There is no end to the number of life lessons King Douche is willing to impart. 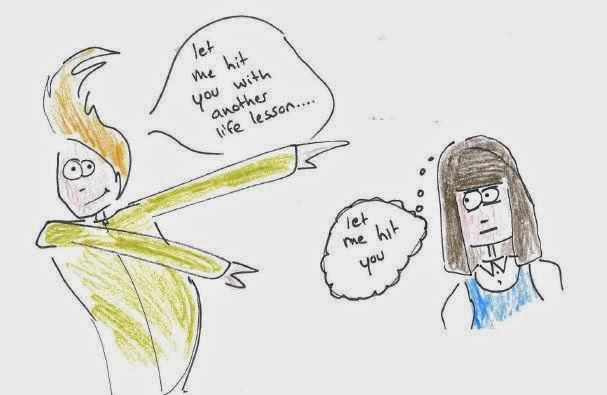 Posted by With all the Finesse of a Badger at 3:34 AM 4 comments:

By the time the first day of work came around I'd already gotten over the excitement of working in the construction industry. Minimal research had thrown up nothing but foreign terminology and pictures of slabs of concrete. So I dressed accordingly. 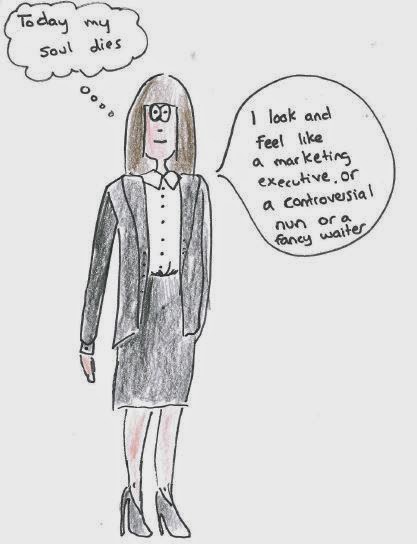 The day began with an introduction to my mentor. "Mentor" being his word and not mine. 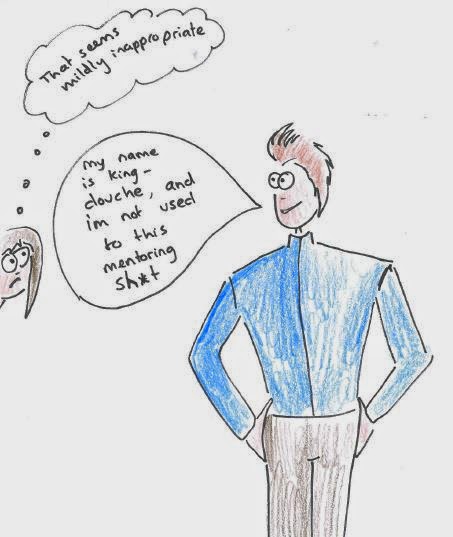 King Douche proceeded to turn around and type things on his own computer, leaving me to sit there pointlessly. 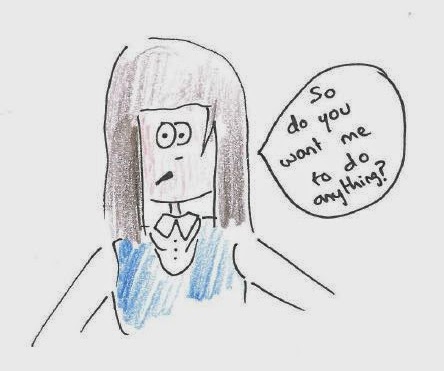 It was some kind of weird test and when I asked if I could be of use, I failed that test. 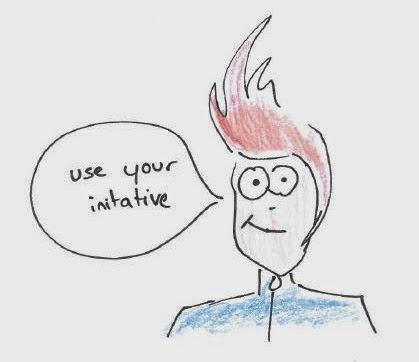 So I used my initiative and spent the morning rereading the companies website. 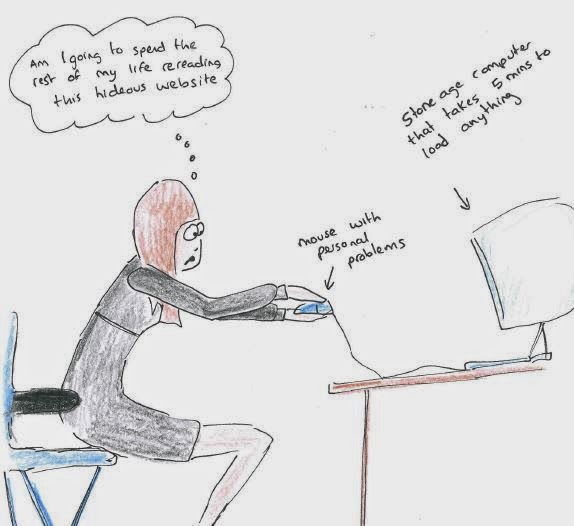 As much as I enjoy reading, this became painful and so I decided to ask for something to do. 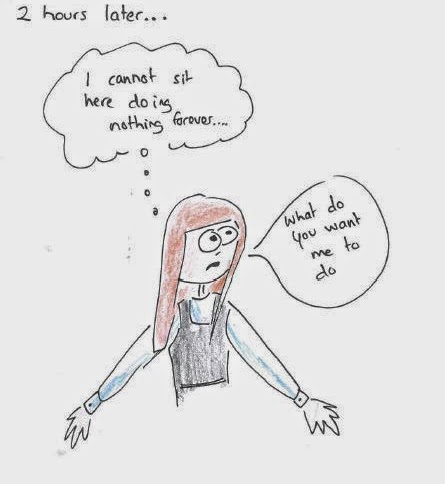 This resulted in my "mentor" presenting me with a job outline that would describe the next two months of my life. At the time it sounded like a small amount of work. I was naïve and vaguely ambitious.﻿
﻿ 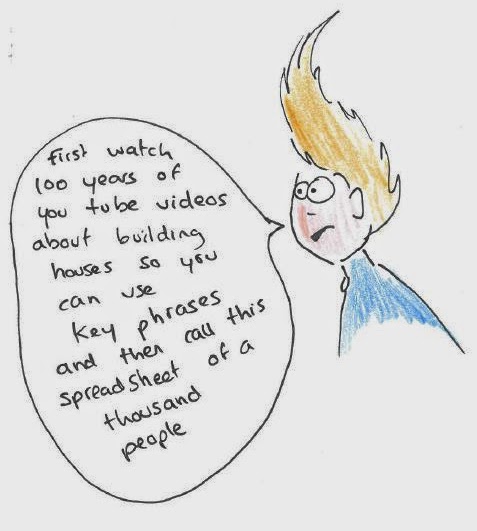 I spent the next two days watching over ten hours of YouTube footage about building houses. It got to the point where everything the builders said sounded like innuendo. 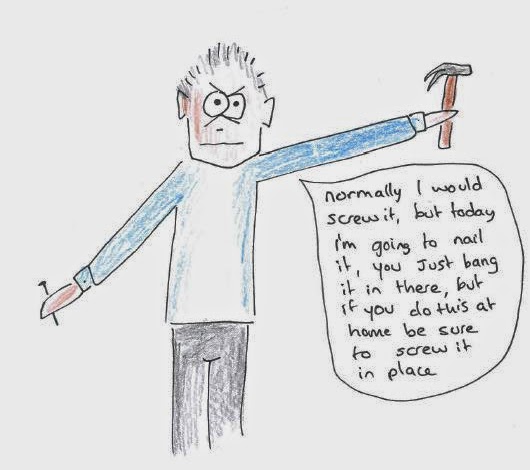 This isn't something I'd normally find funny. But after ten hours of construction videos where everyone talks in slow motion about plastering walls...pretty much anything seems like comedy gold. By the end of day two I was a giggling mess. 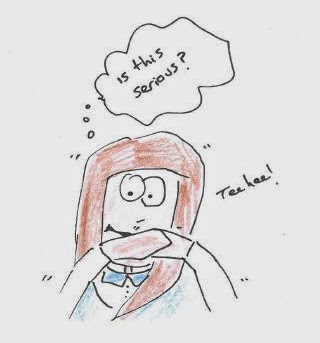 My co-workers were not inspired to ask what was so funny. Instead they became even more silent and I knew My YouTube induction was about to end and my life lessons were about to begin. 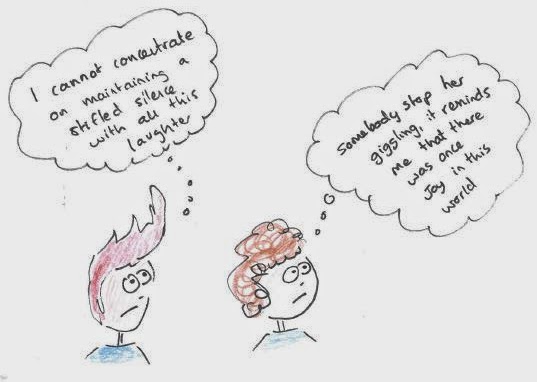 Posted by With all the Finesse of a Badger at 1:57 AM 2 comments: