About two years ago, I got all my wisdom teeth pulled out. A normal person would stay in bed and eat icecream. I am not a normal person. Instead, I decided to run a 10km obstacle race, because in my antibiotic addled mind - my team needed me. 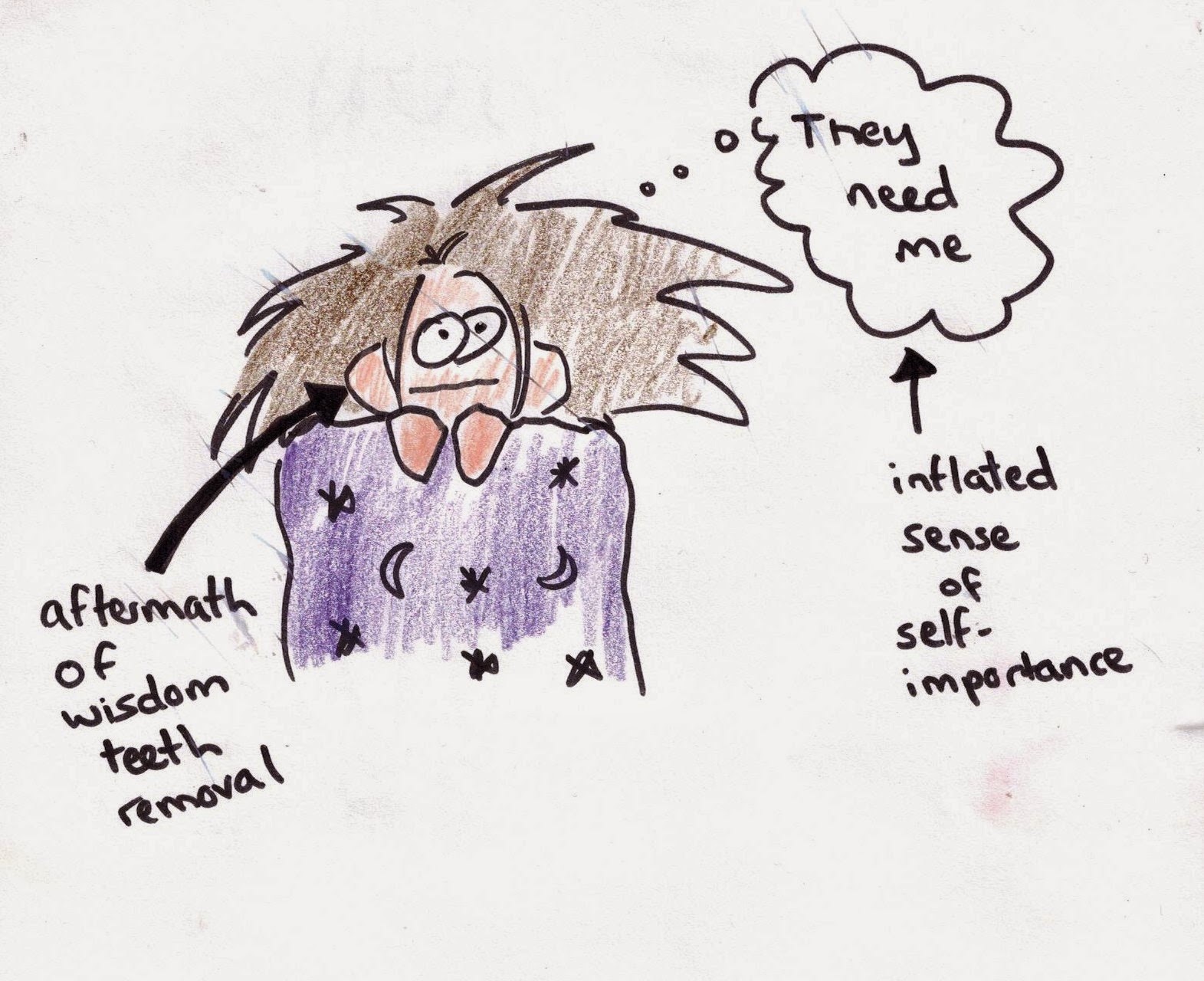 My team wasn't some sort of county or club team. This was a smattering of work colleagues running a silly obstacle course for the laugh. I was not doing it for the laugh. I had been trained to race. I was taking the whole thing, wisdom teeth or no wisdom teeth, very seriously indeed. 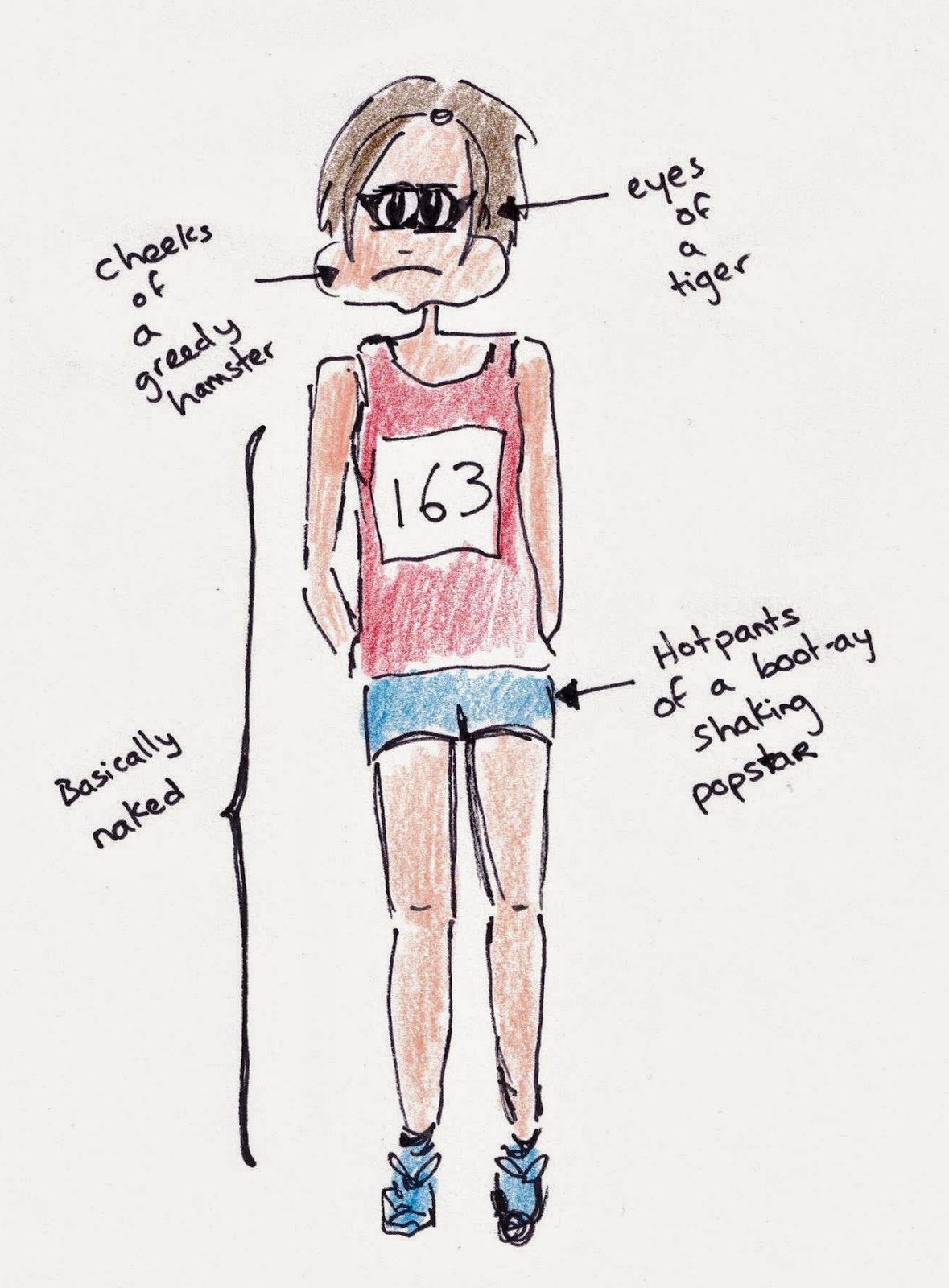 Upon arrival at the race, I realised this was very different from my usual sort of event. There was nobody emaciated sprinting past, there were no impossible looking warm ups and literally nobody was dressed properly for running fast. 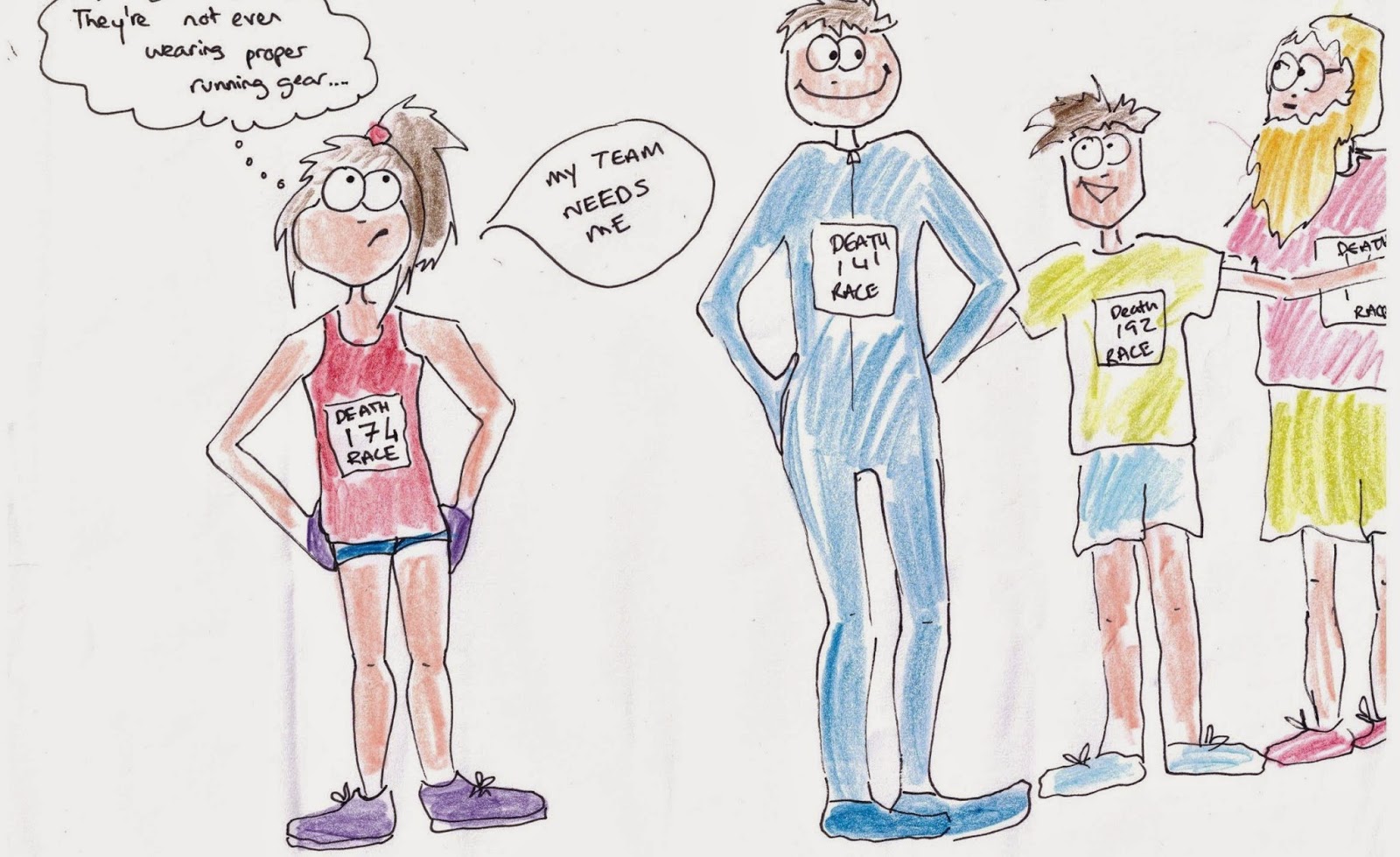 Everywhere I turned, there were women more concerned with taking selfies than how tightly their shoes were tied. 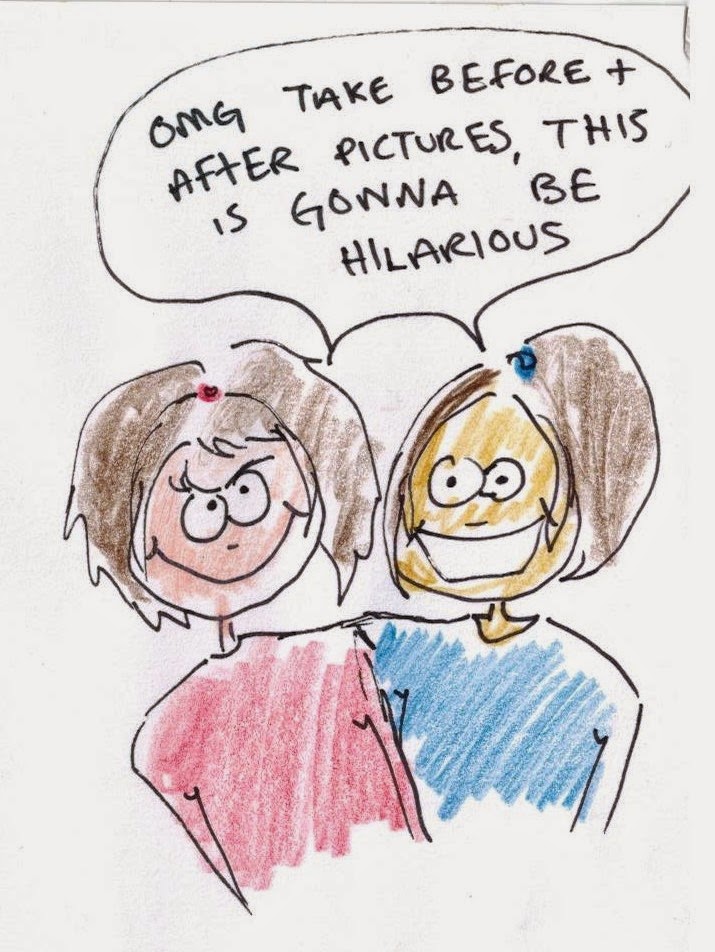 I decided to do my usual dynamic warm-up. 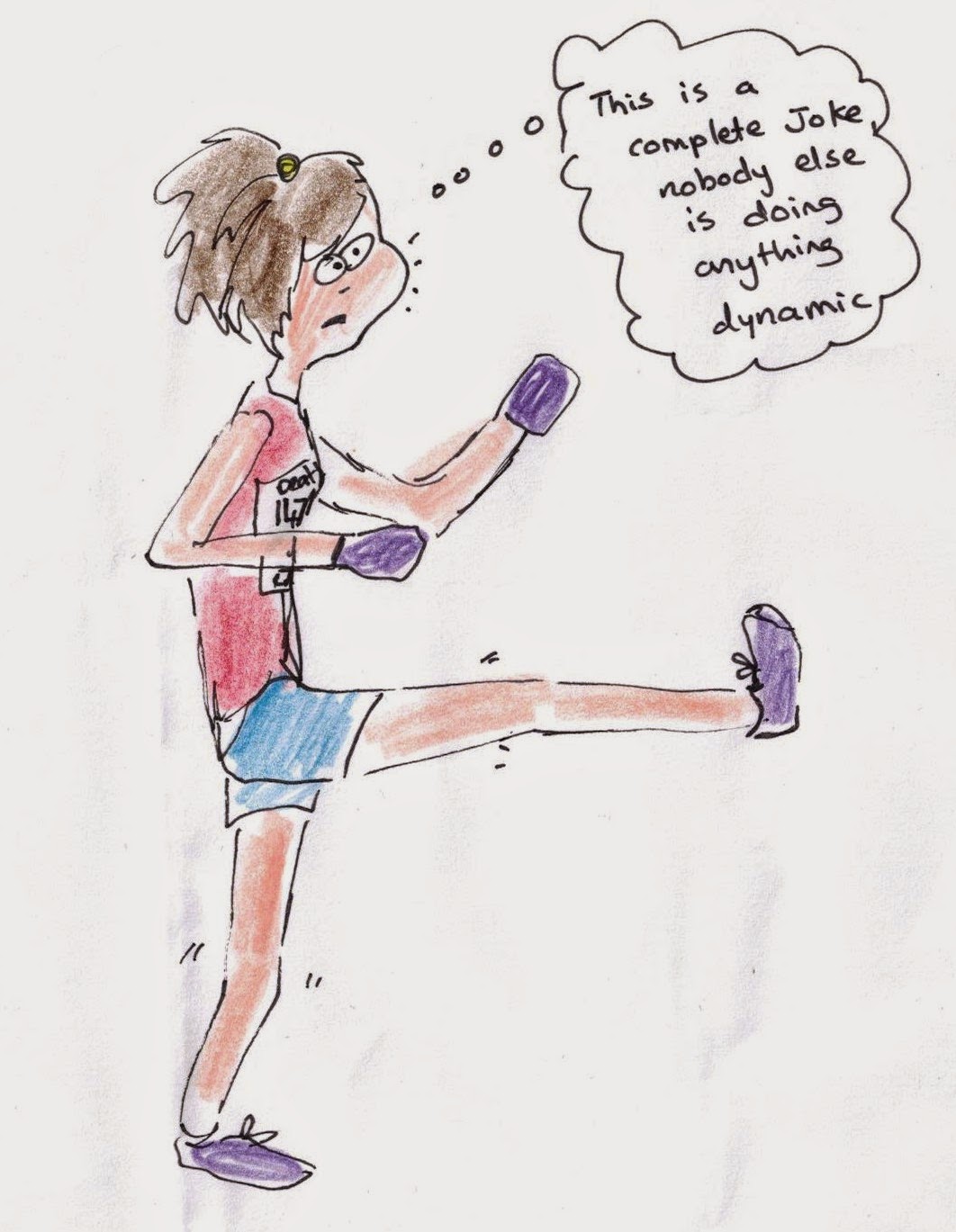 Given the lacklustre attempts of my competitors, I started to build a false sense of confidence. As I did weird Swedish skips to intimidate the masses, I forgot all about my antibiotics and the fact that I rarely race over 2 miles. I didn't think about the numerous obstacles that had earned this race its ridiculous title. During my intimidating warm-up, I was 100% sure I would beat everybody. 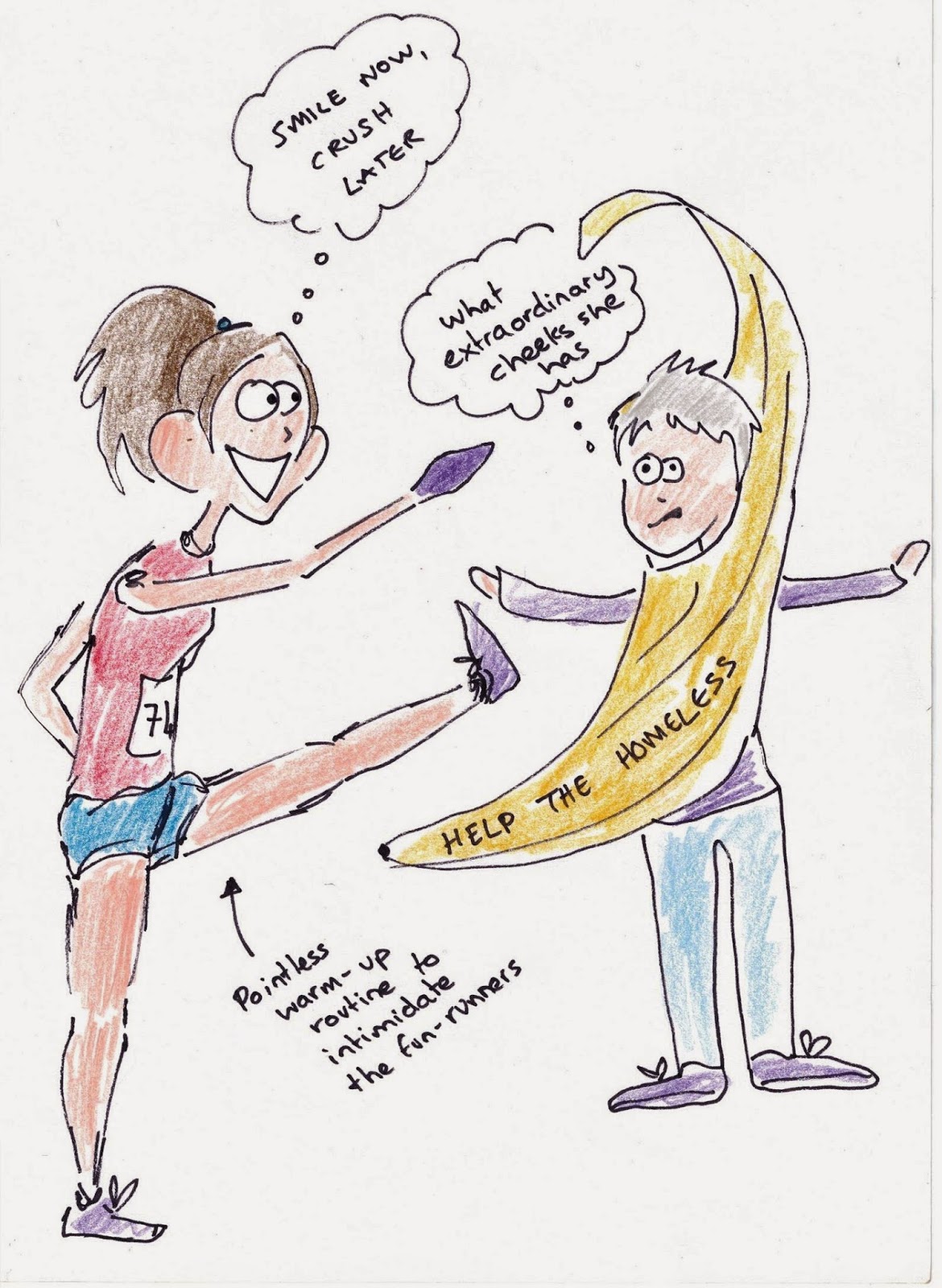 I looked pityingly at the gym bunnies and couch to 5k runners in my midst. They had no idea what I was capable of. 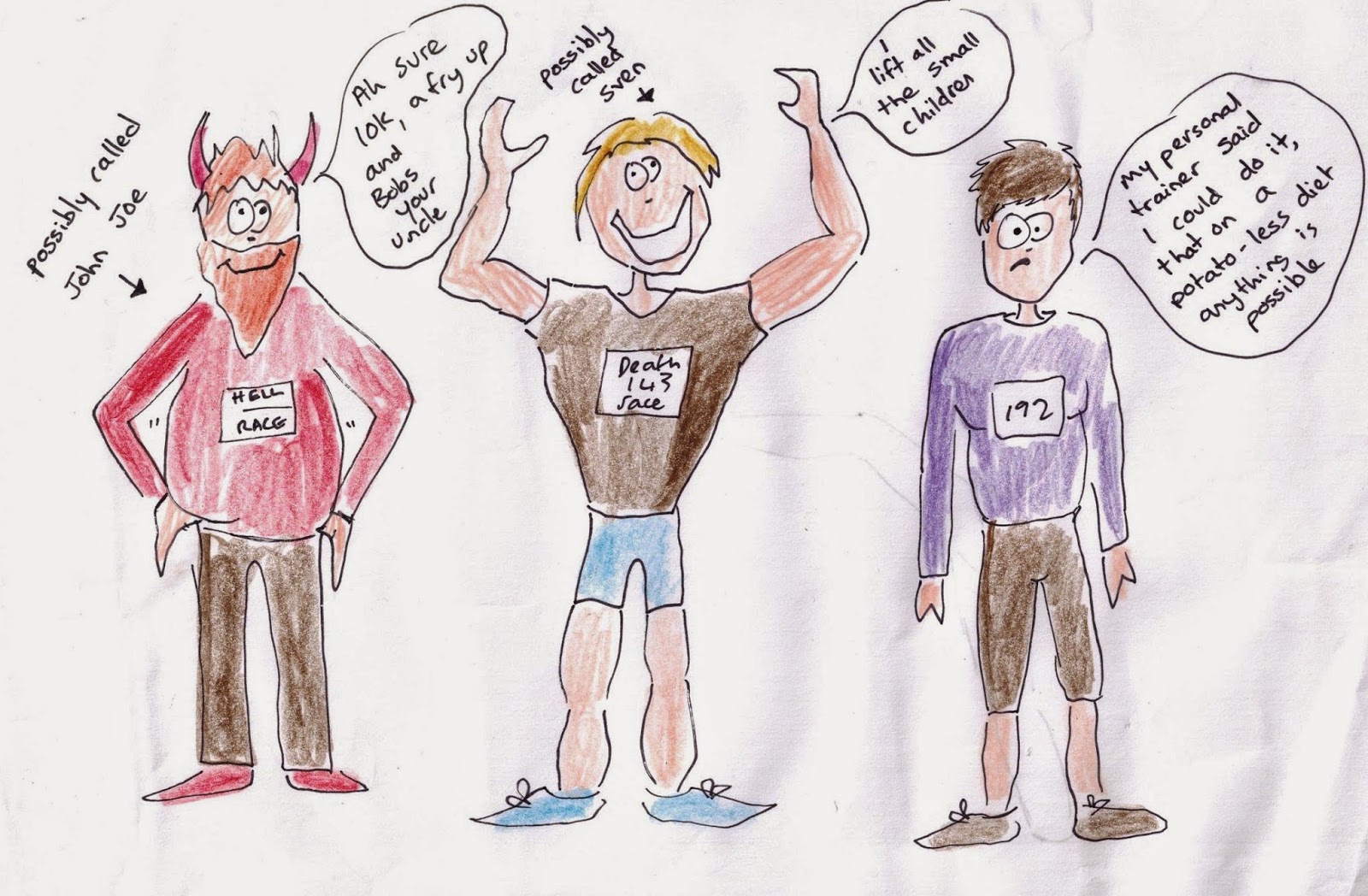 My false sense of confidence lasted exactly 50 metres into the race. At this point we had to plunge into a freezing cold pond. It was January in Ireland. The water was the exact temperature I imagine death feels like. I watched as my competitors splashed about and laughed. 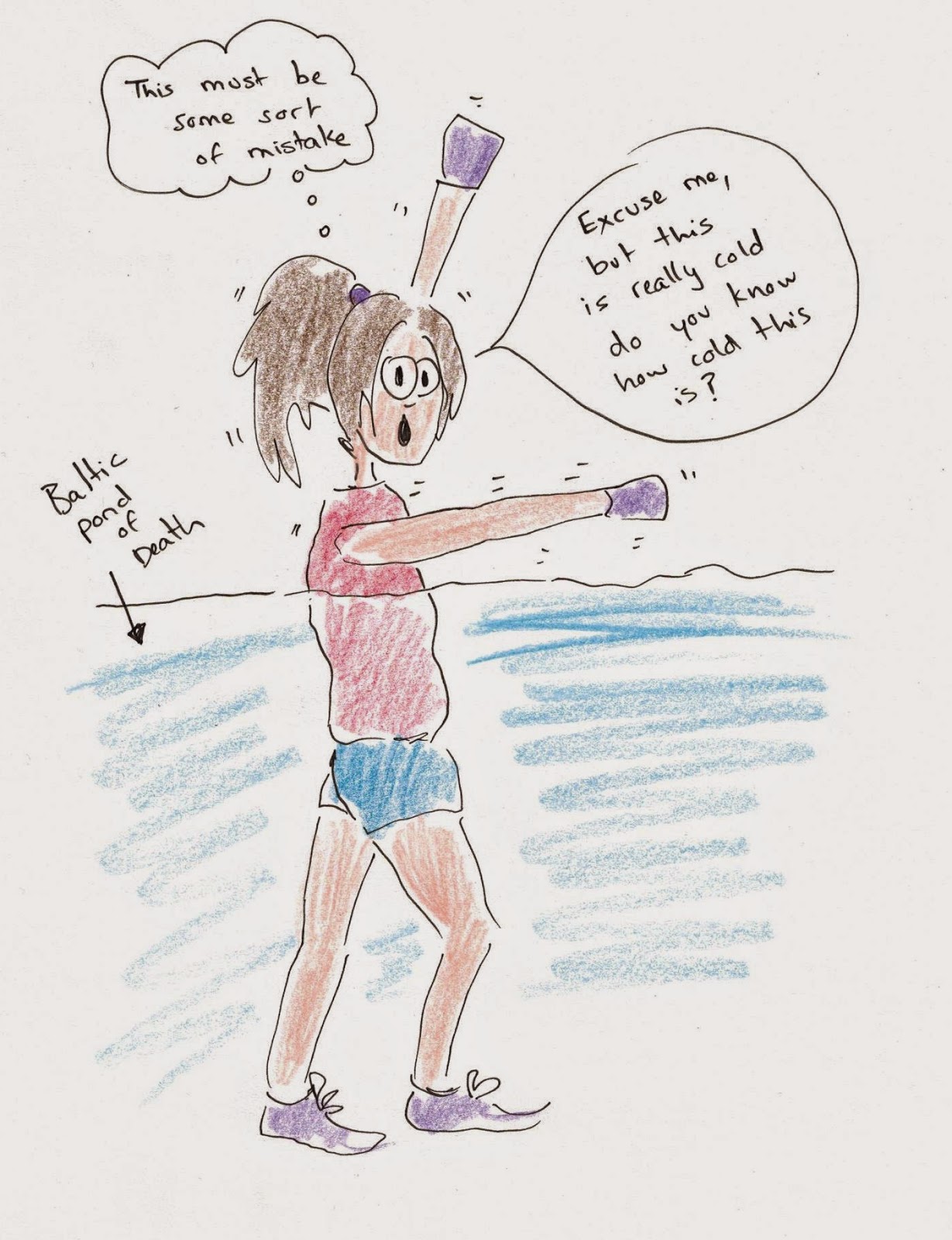 I emerged from the pond, shivering from head to toe. I was not wearing enough clothing. We kept running. I could not get warm. I was so cold that even the smallest, most pathetic obstacles seemed to be heralding my doom. 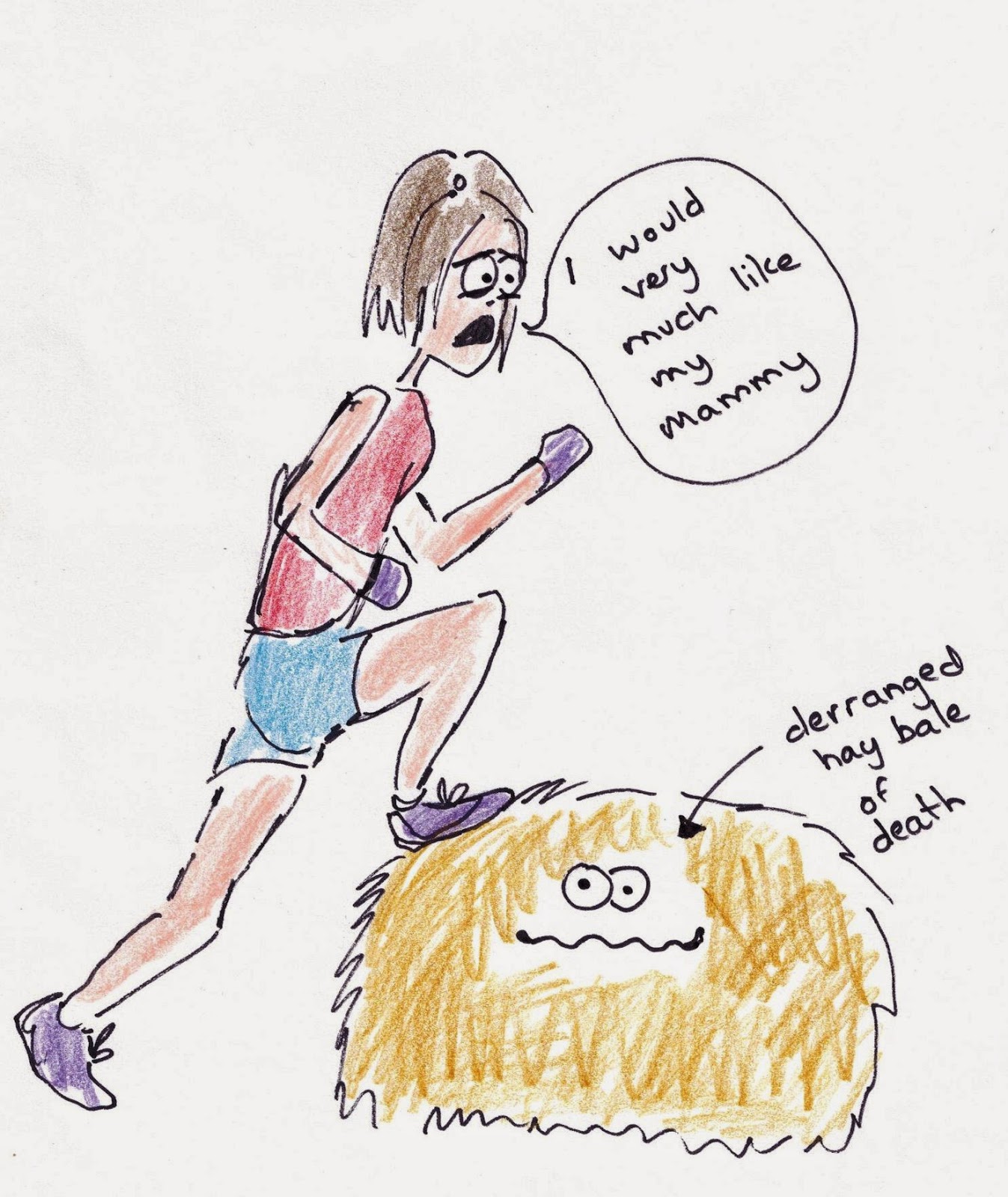 They made us run up mountains... 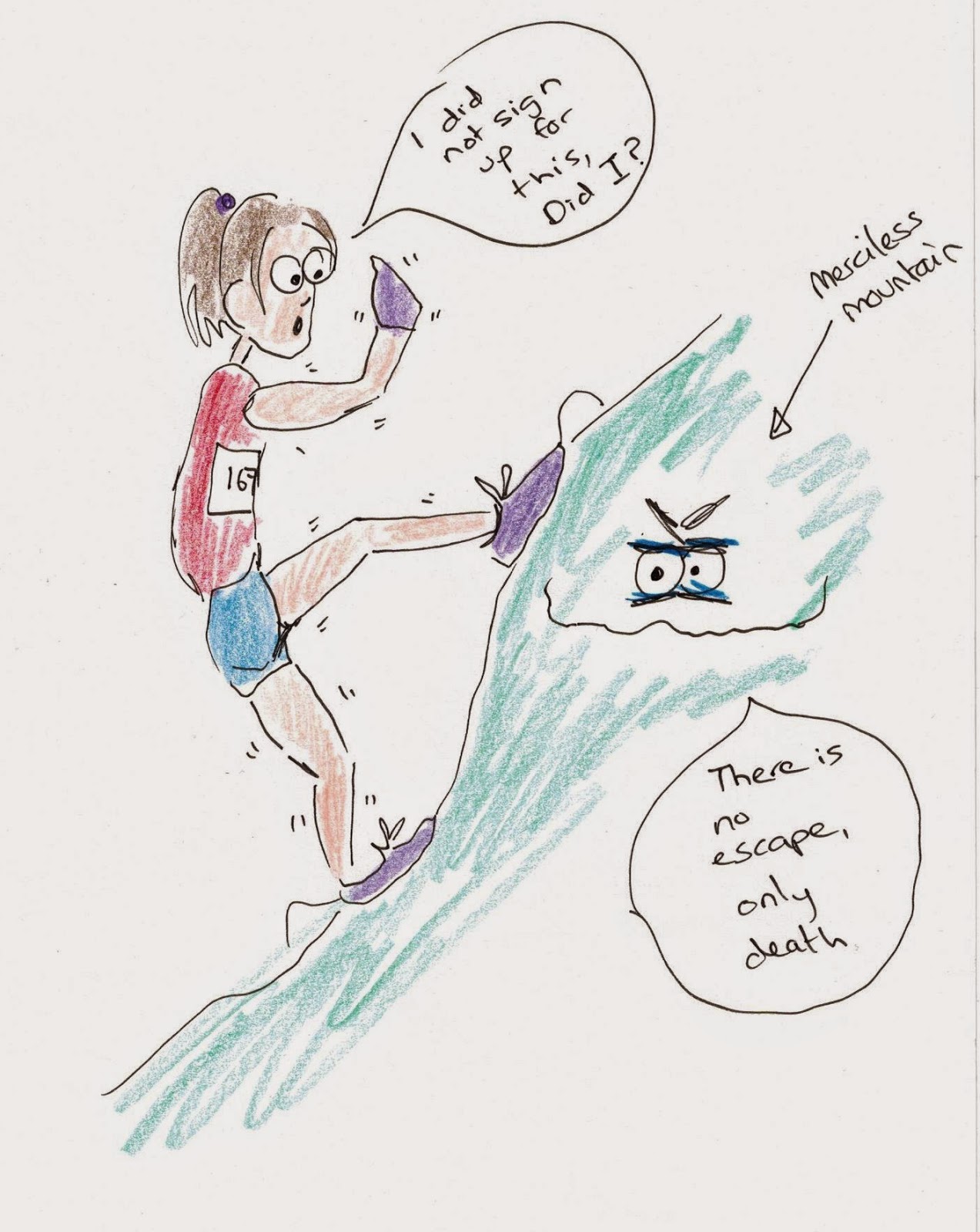 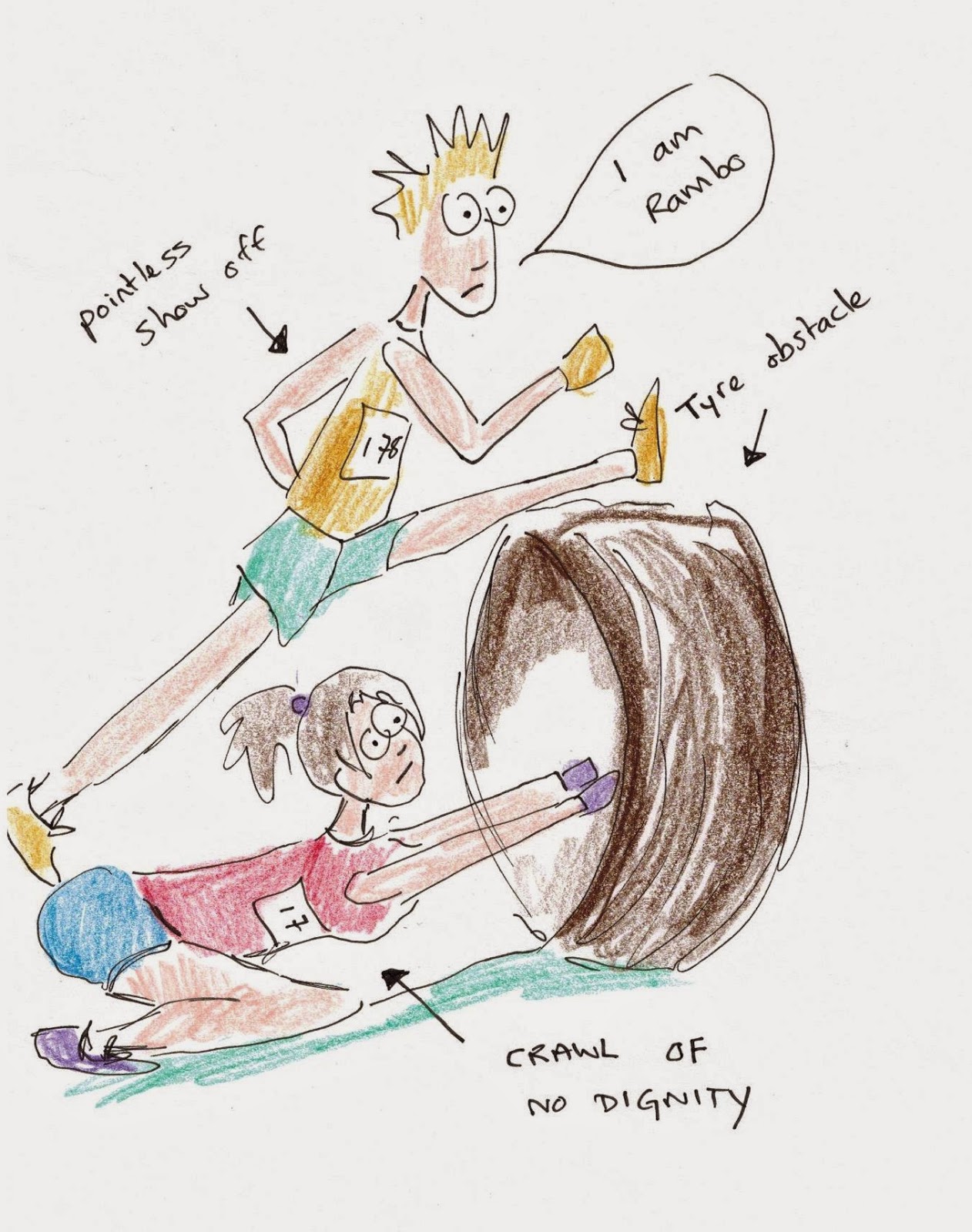 It was after crawling through several tyres like a small defeated baby that I realised I was in a bad way. I could no longer feel my legs. I was shivering uncontrollably and I had started to fantasise about blankets. 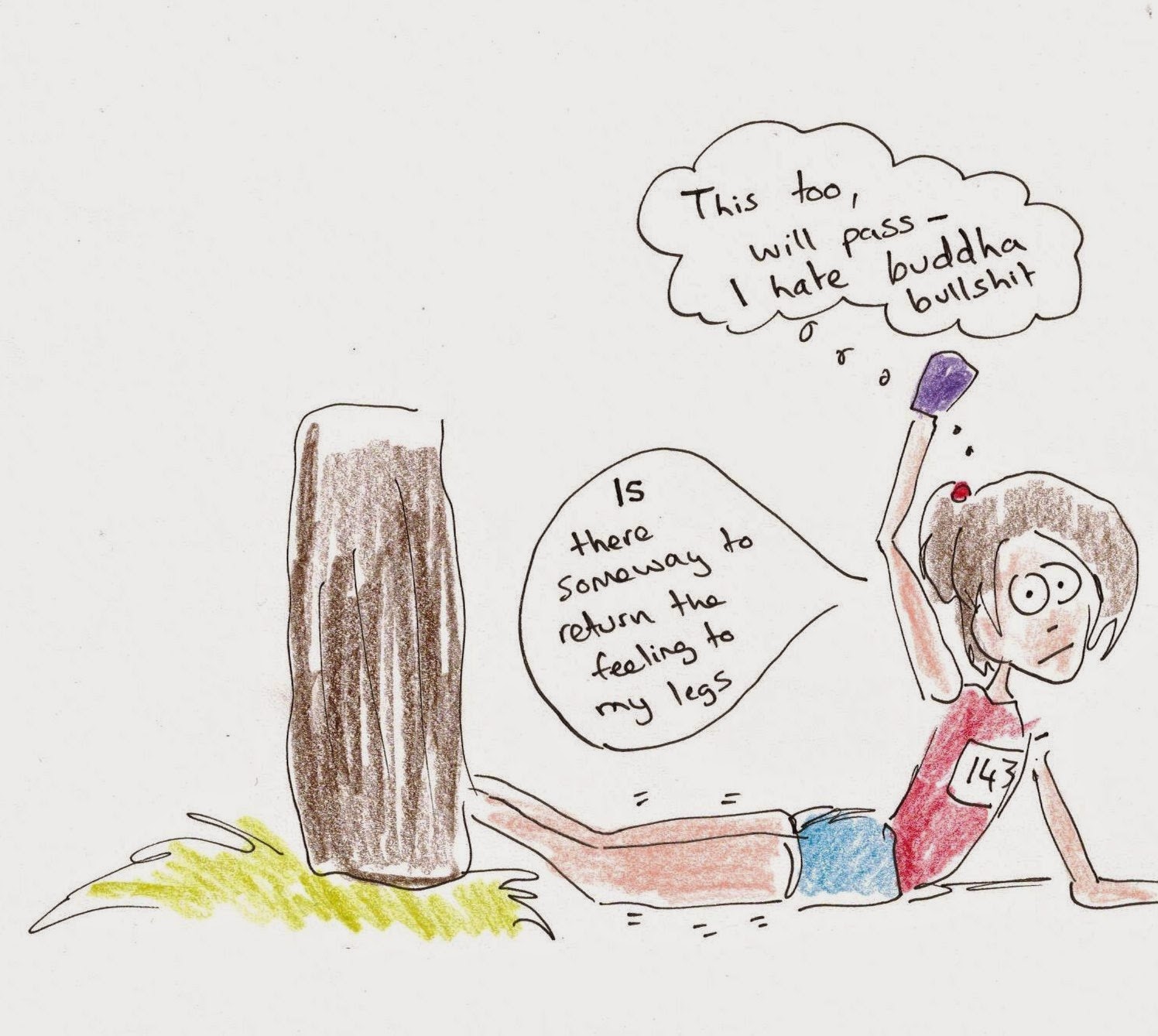 I tried asking a course marshal to save me. I ran up to him and said "blaaaaa". He probably thought I was crazy, but I could not remember any real words. He pointed to the next obstacle - a bag of cement that I was supposed to run up a hill with. I'm not proud of it. I wept. There was then the longest 100 metres of my life dragging the bag because I could not get it off the ground. My competitors sprinted past with their cement bags tossed casually over their shoulders. One lovely gentleman did assist me in my hour of need, or I would probably still be there. 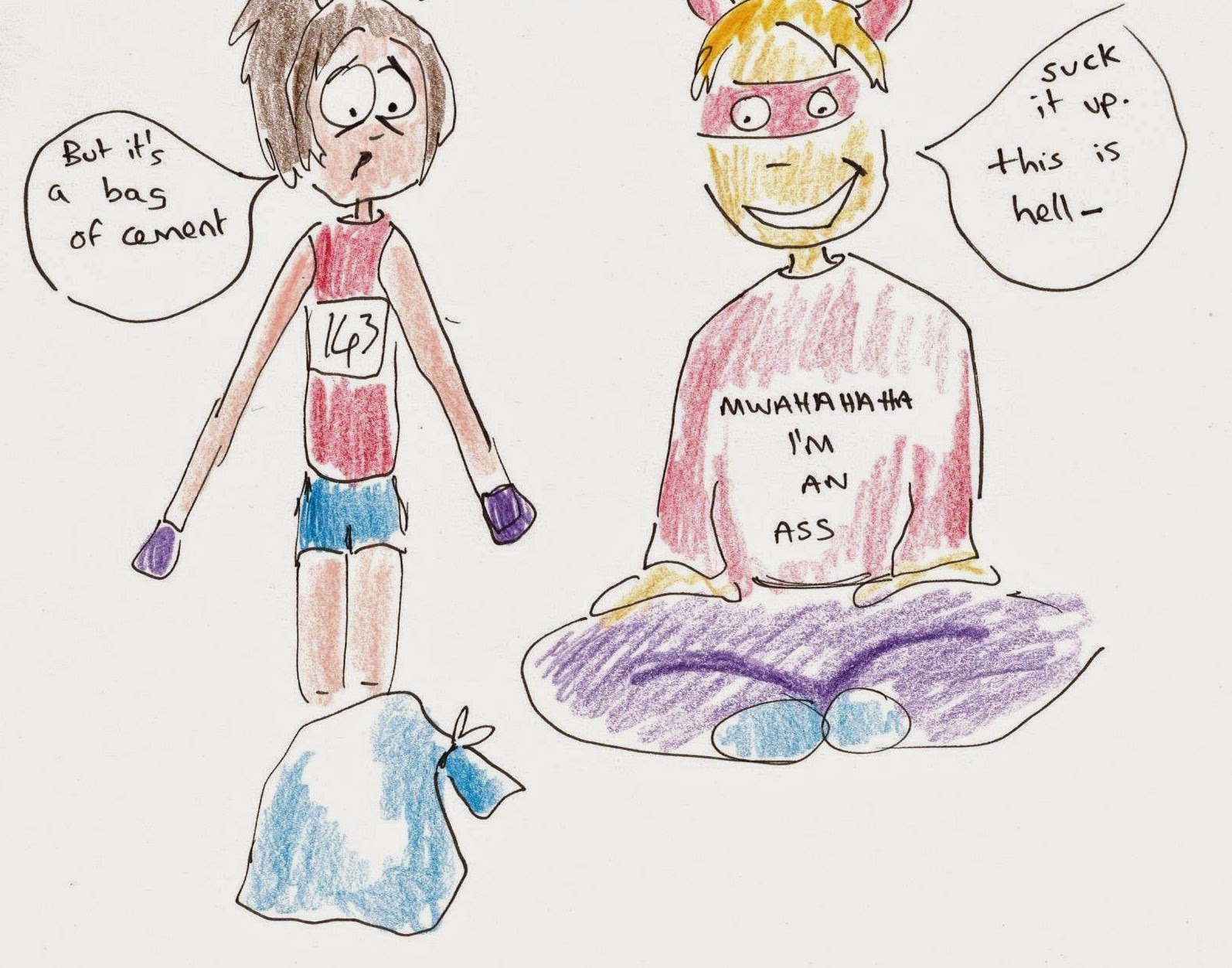 Things only got worse. There was a 5 minute crawl under barbed wire, where I was subjected to the most questionable chat-up attempt by a man who was crawling beside me in the mud. I was sprawled in muck, weeping and cursing under my breath. I was too defeated to pretend to be flattered. None of this was as bad as THE WALL. This was designed to stop all short people progressing without help. I do not enjoy asking for help. I also have the upper body strength of a toddler. I clutched the wall and shivered in vain. 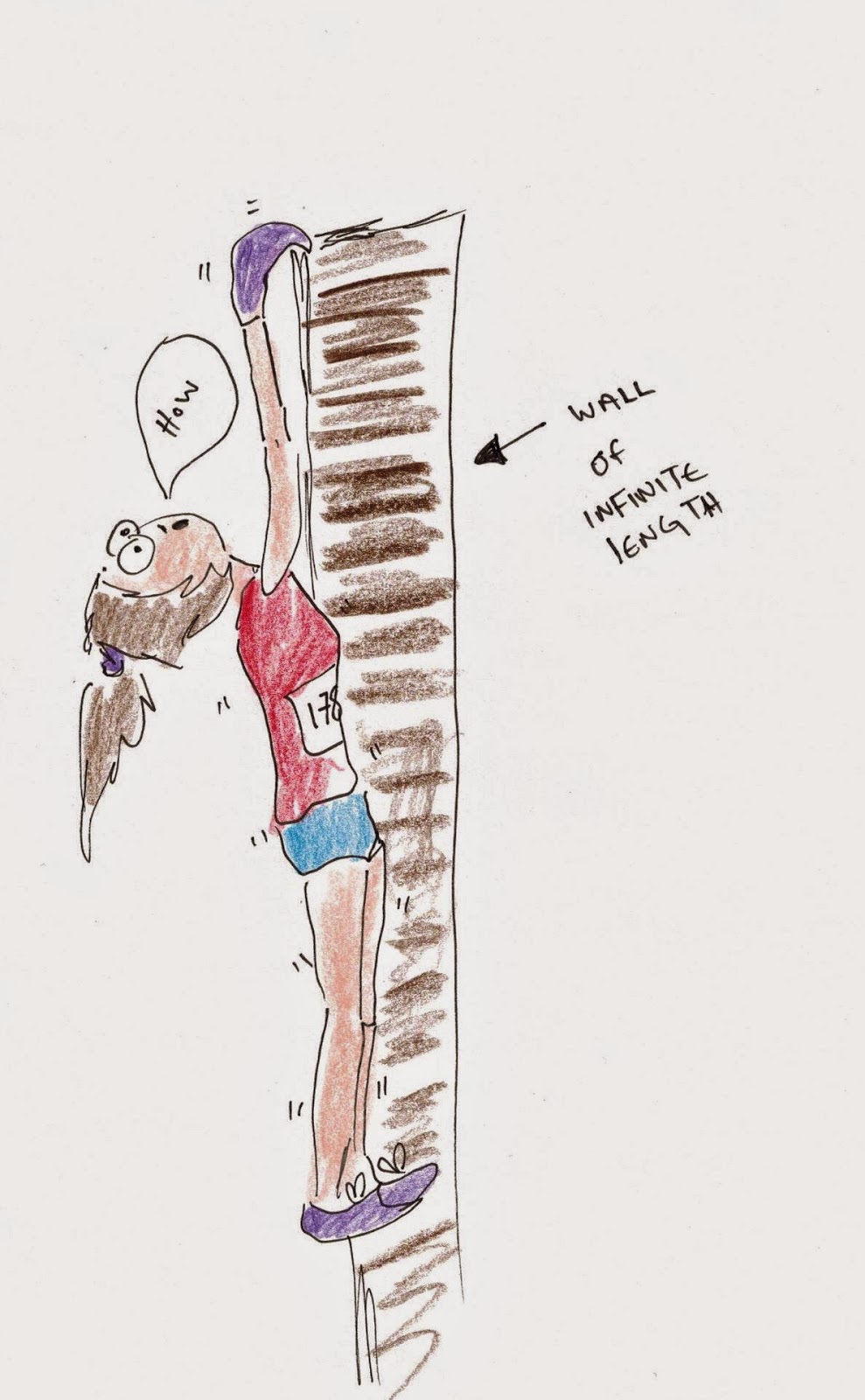 Eventually someone took pity on the stubborn girl weeping alone at the bottom of the wall and gave me a boost. 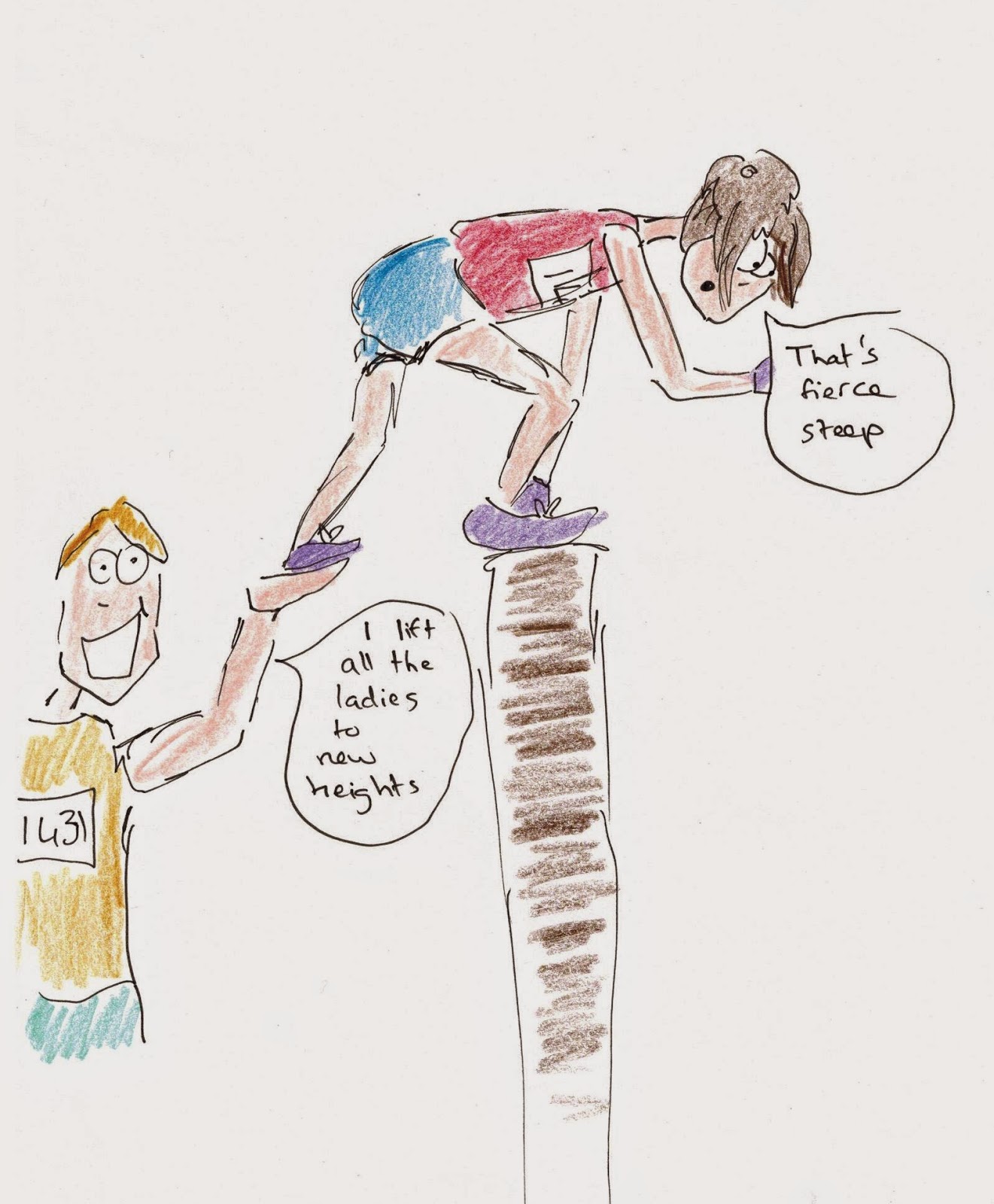 Once on the wall, I did not feel the need to get down. I was happy there. It was comfy. 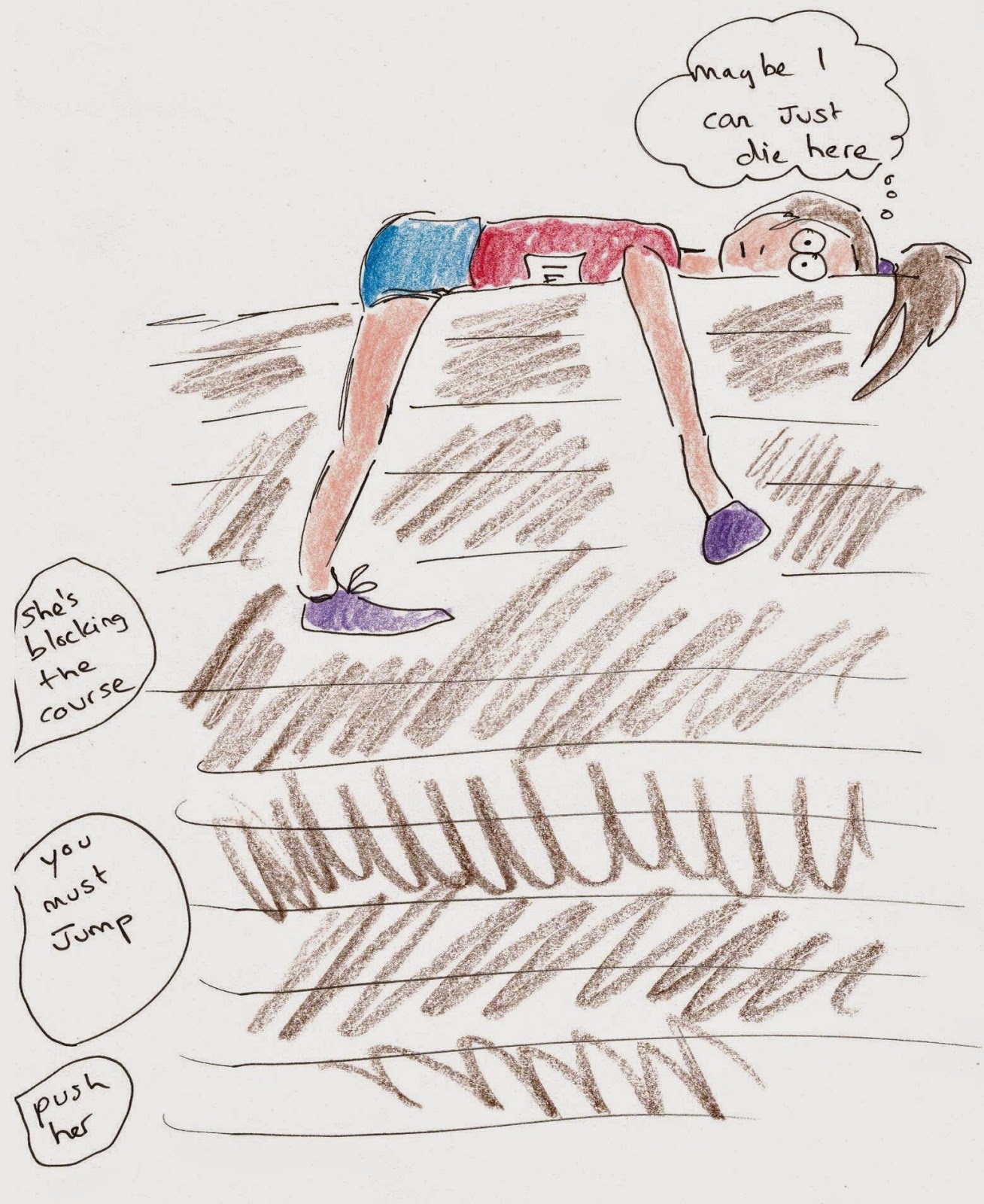 In the end someone shoved me, and I rolled in the air, before plummeting to the floor. Where I lay and wondered what terrible thing I had done to deserve this Hellish experience. 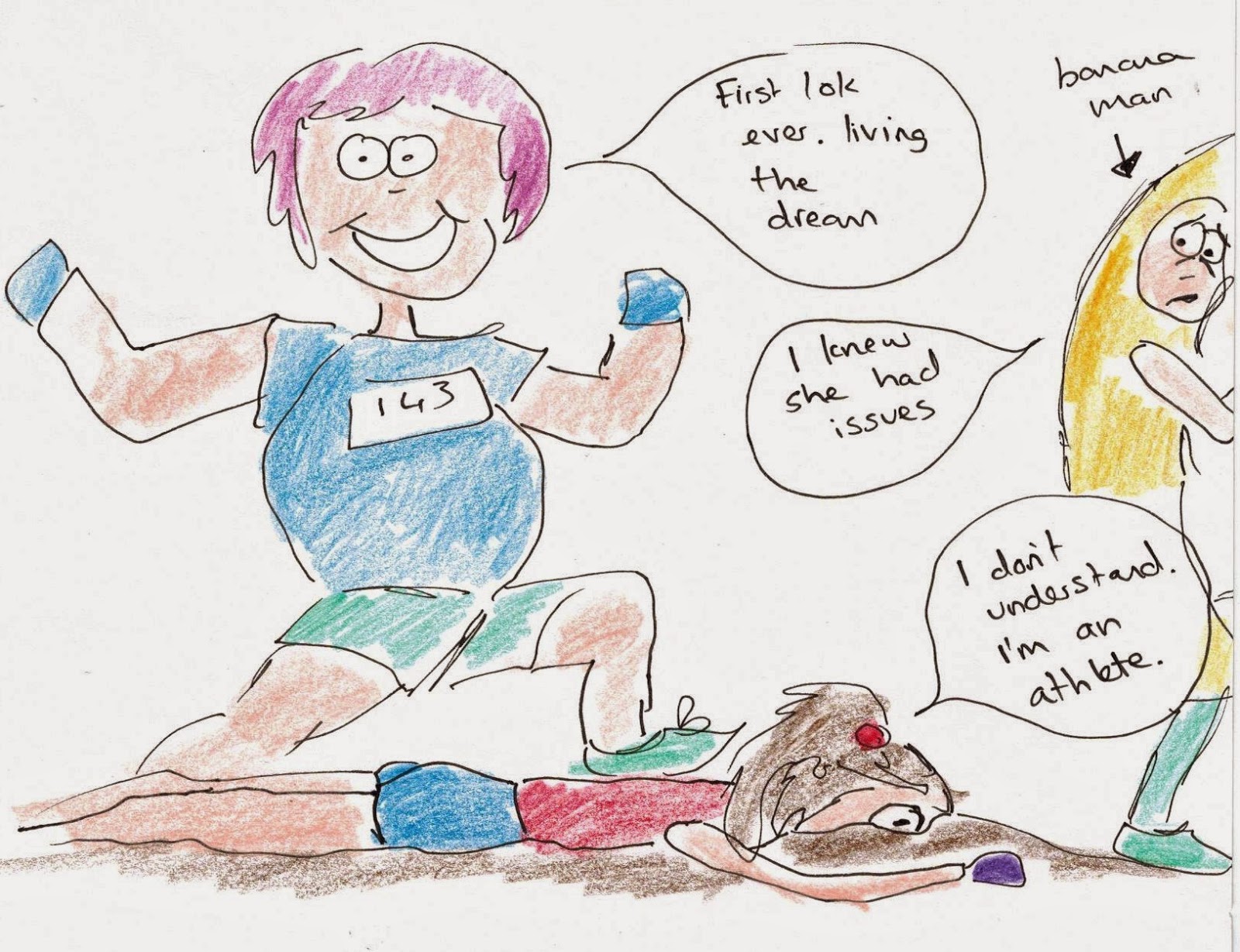 I could not understand the people around me. They were revelling in the mud and misery. Did they not know that you could run without all this ridiculous hardship? 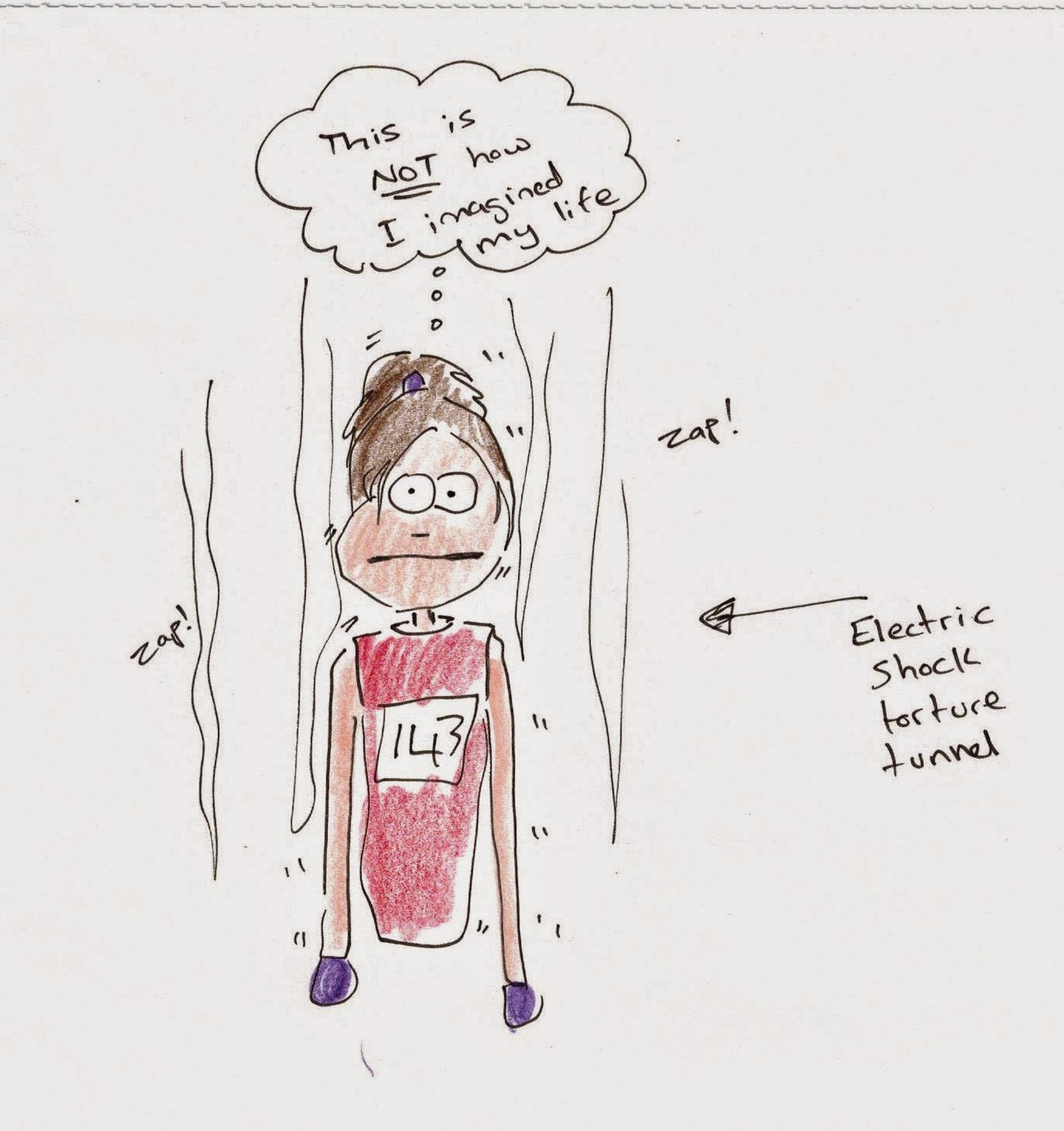 I would like to say that I gathered my dignity. That I harnessed some part of my athletic training and used it in those final metres, but no. What happened was much more embarrassing. I had lost all feeling in my legs and by some strange miracle could only crawl. 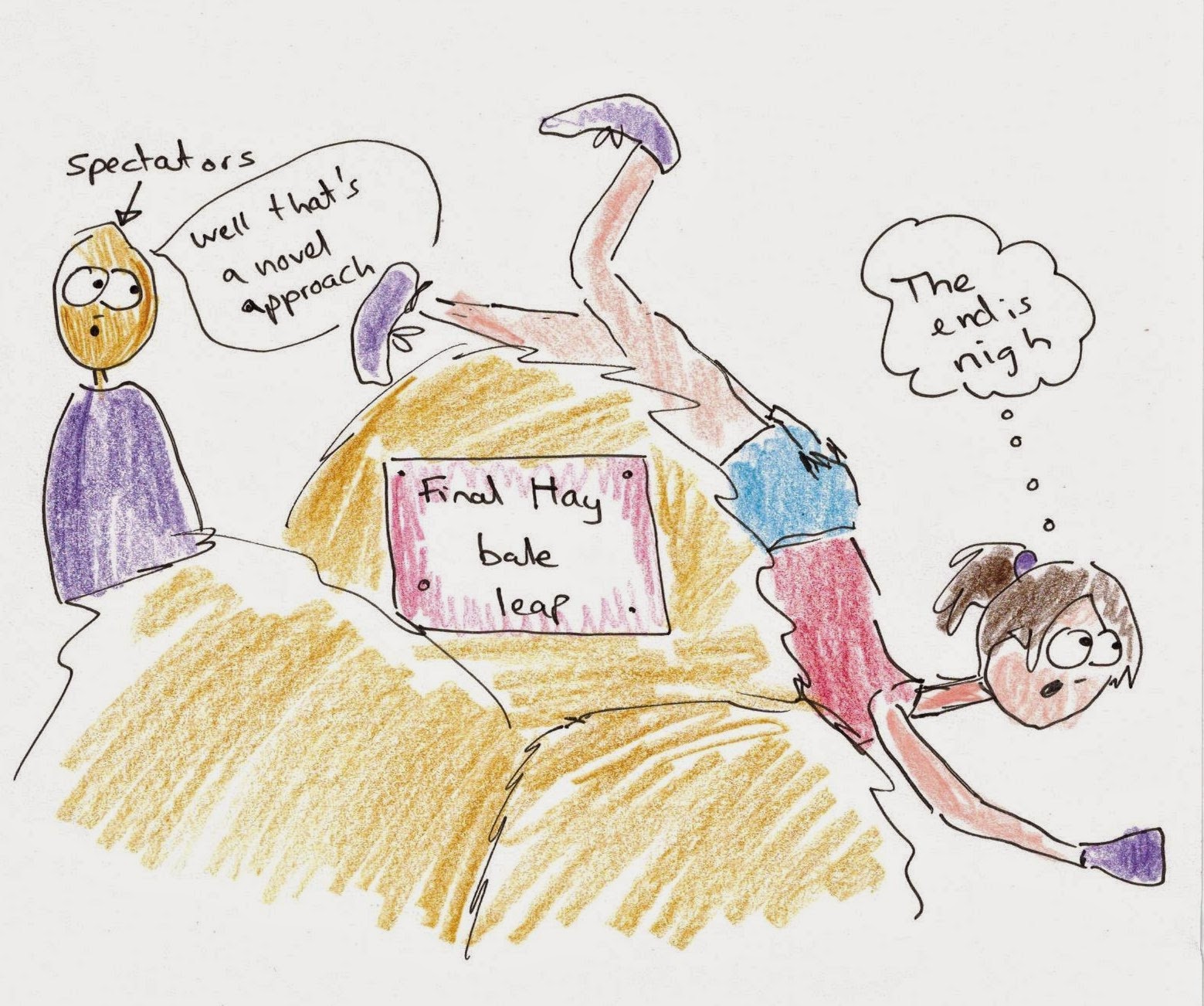 I was 100% focused on crawling as fast as I could to the finish line, where I knew there'd be big, tall, strong people to carry me to safety. 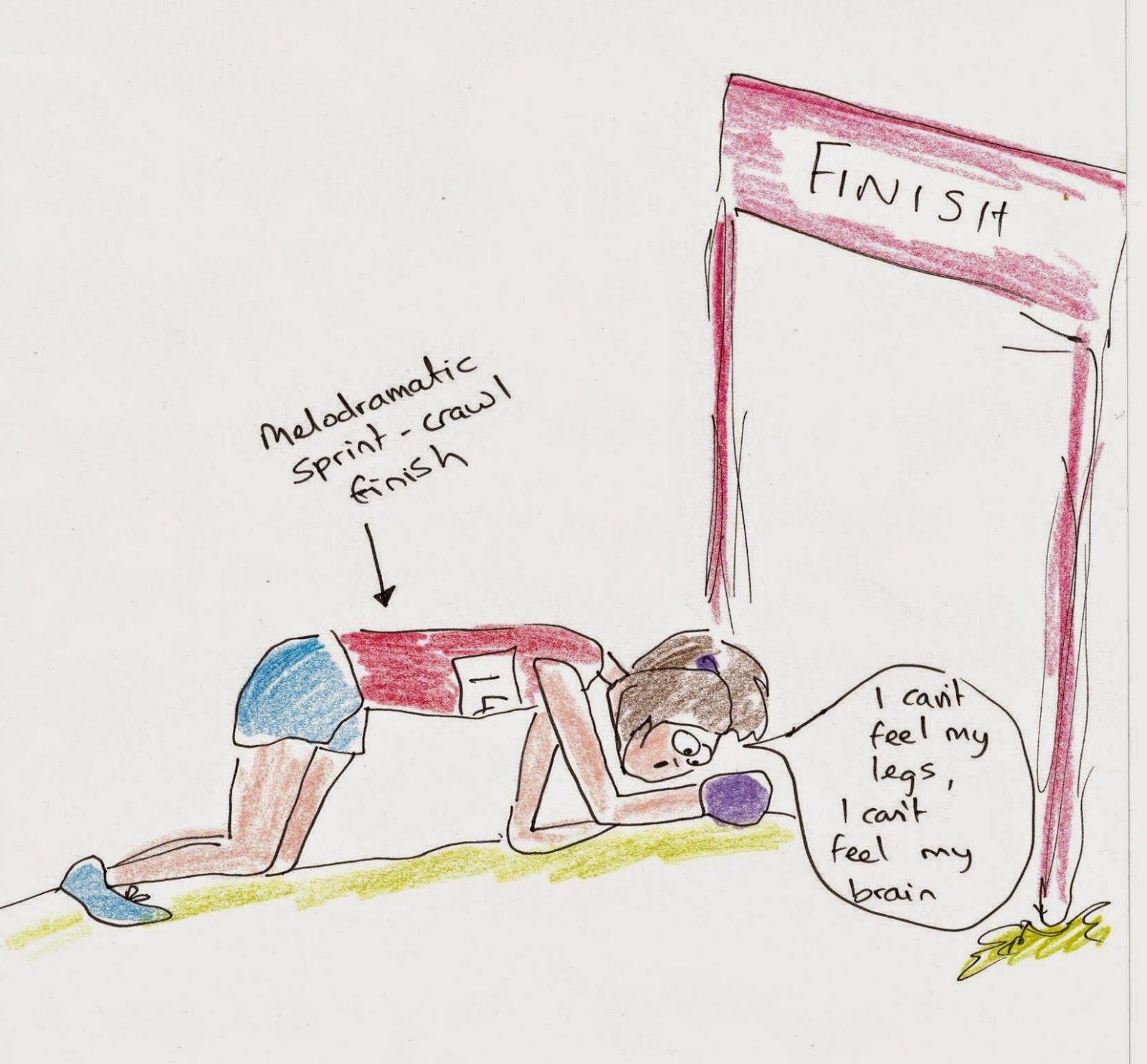 My arms were blue, I didn't know where I was and I wasn't even sure I had legs anymore, but I knew as soon as I saw him that he was the man to save me. Standing just past the finish line was the tallest man I'd ever seen. I don't even know if he was a course marshal. I do know that I was delirious with exhaustion and in that moment it was only his height that mattered. 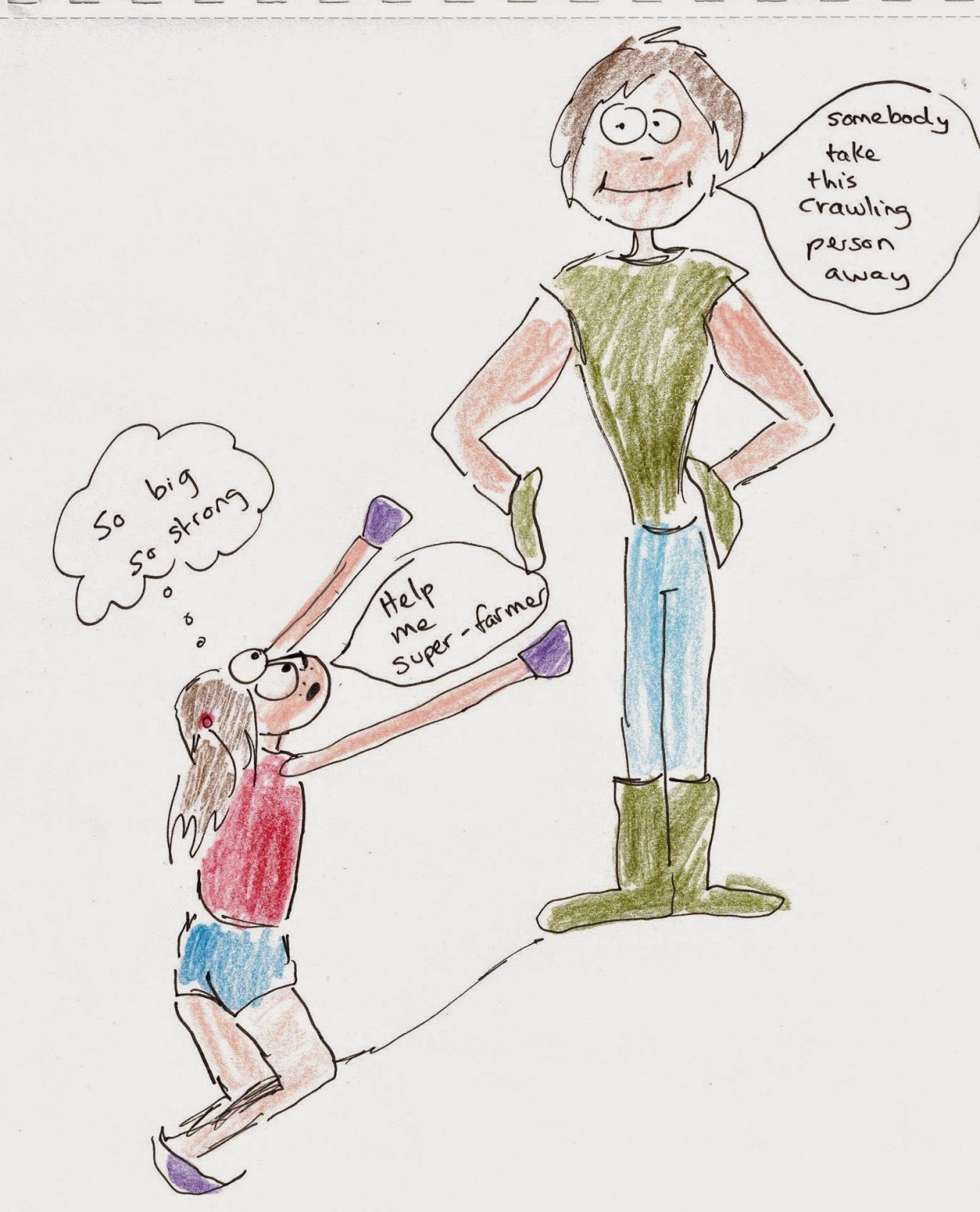 The last thing I remember is throwing myself at his feet. 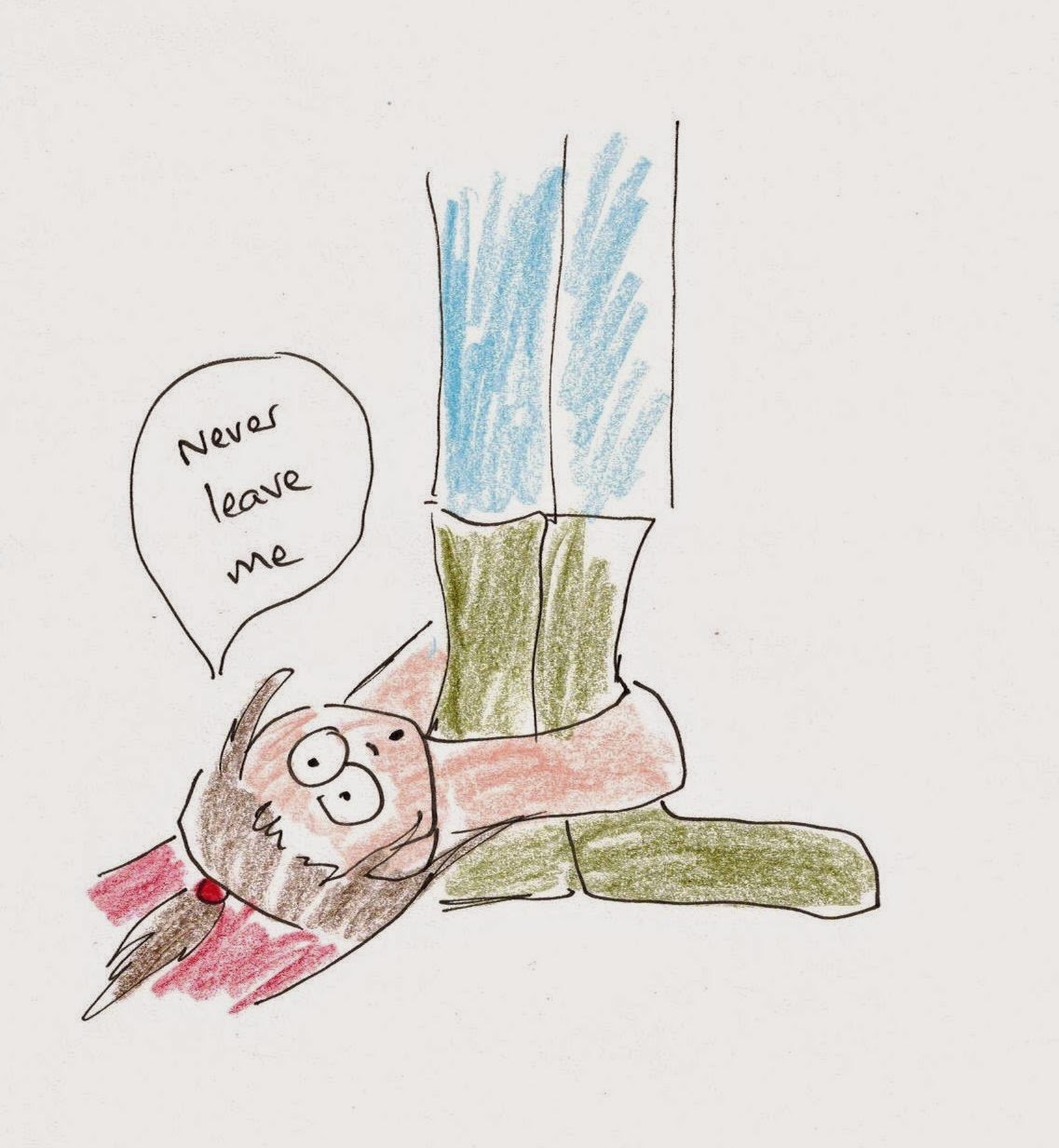 And then, safe in the knowledge that I had found a strong enough man to carry me to safety, I passed out. 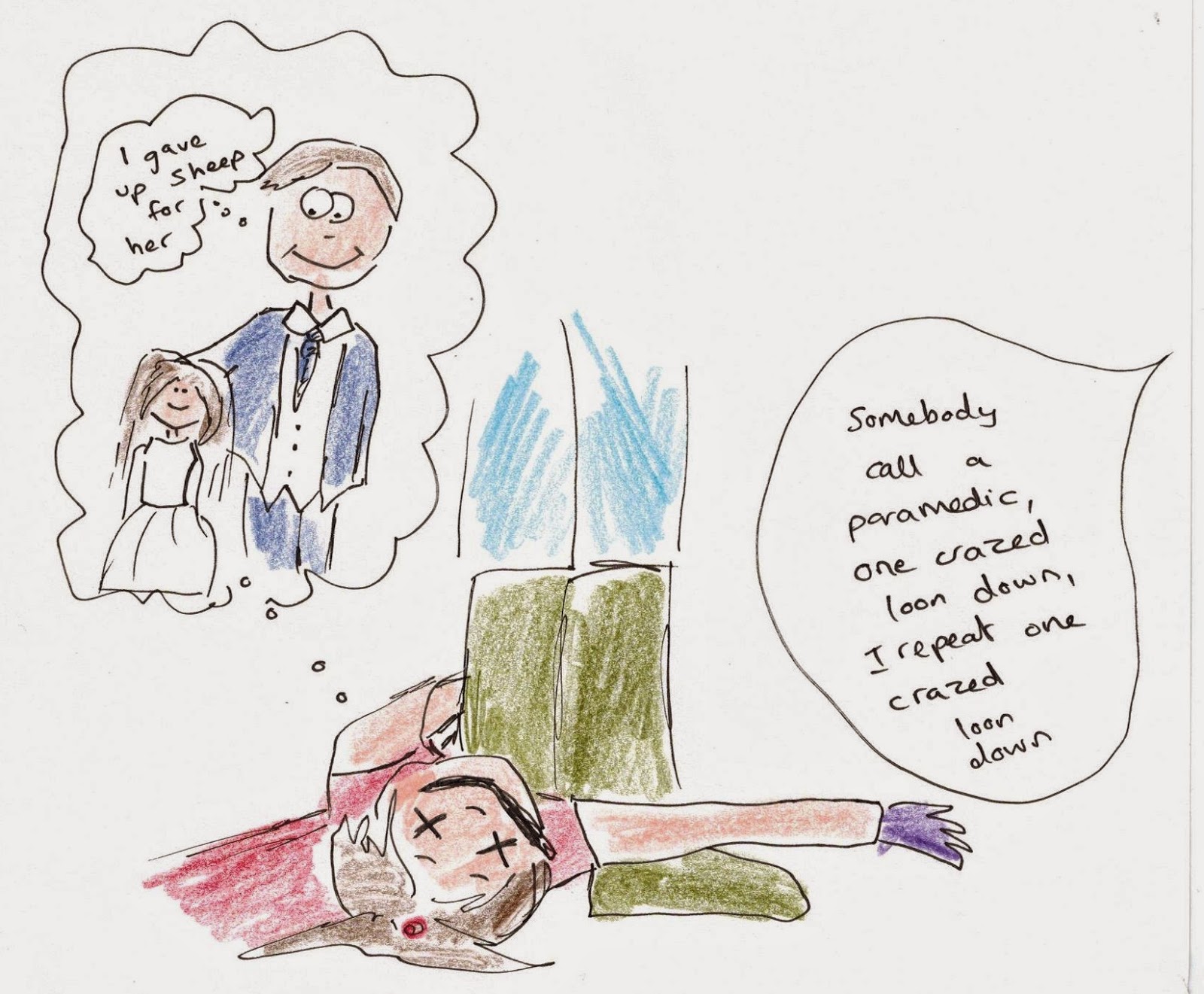 Posted by With all the Finesse of a Badger at 1:43 PM 6 comments: