When we were all very young and impressionable my mother took us mushroom picking.
﻿ 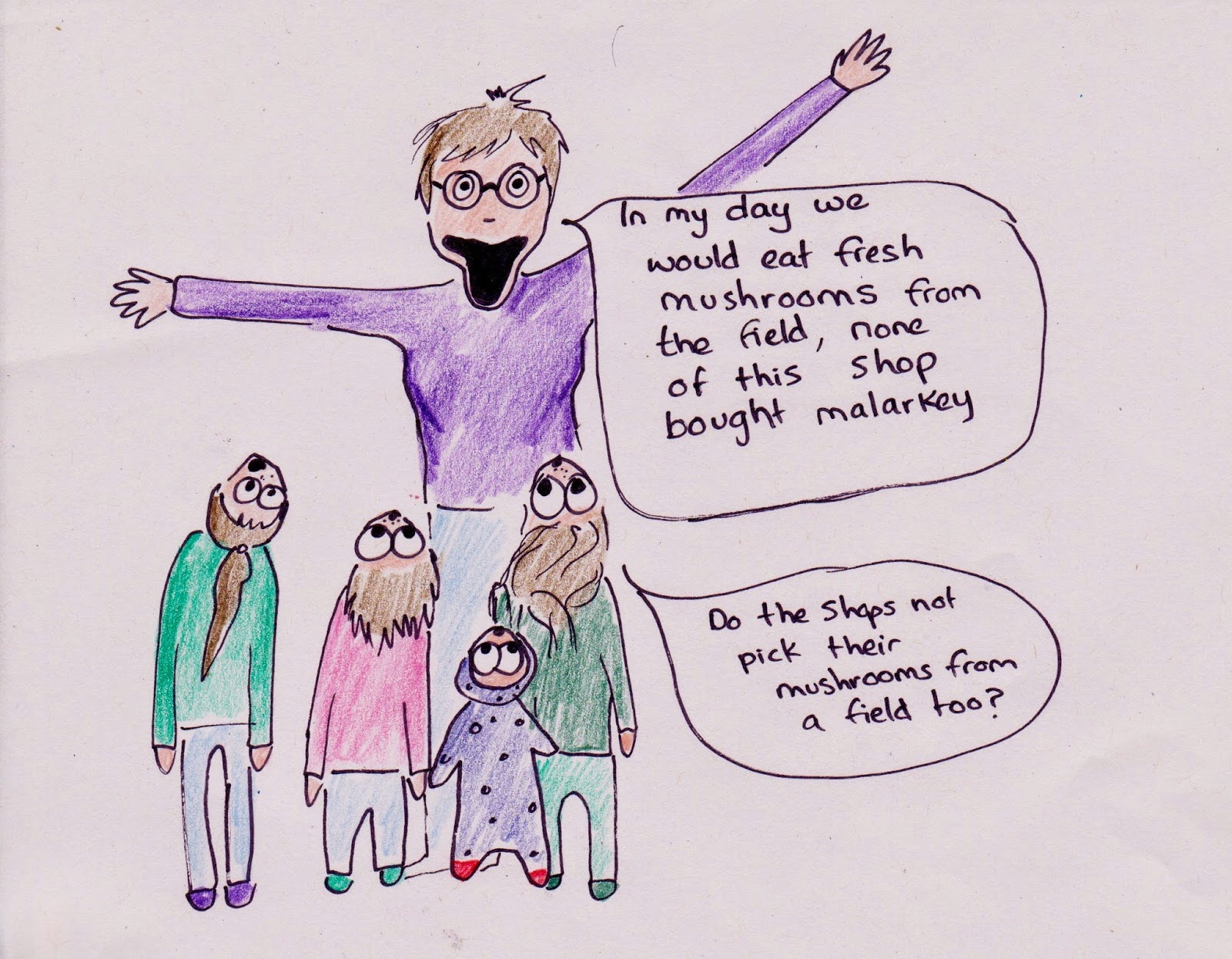 She assured us that the field mushrooms would be better than anything we had ever tasted in our lives. We were suspicious. We were old enough to have tasted chocolate, and it's hard to believe that anything could top that. 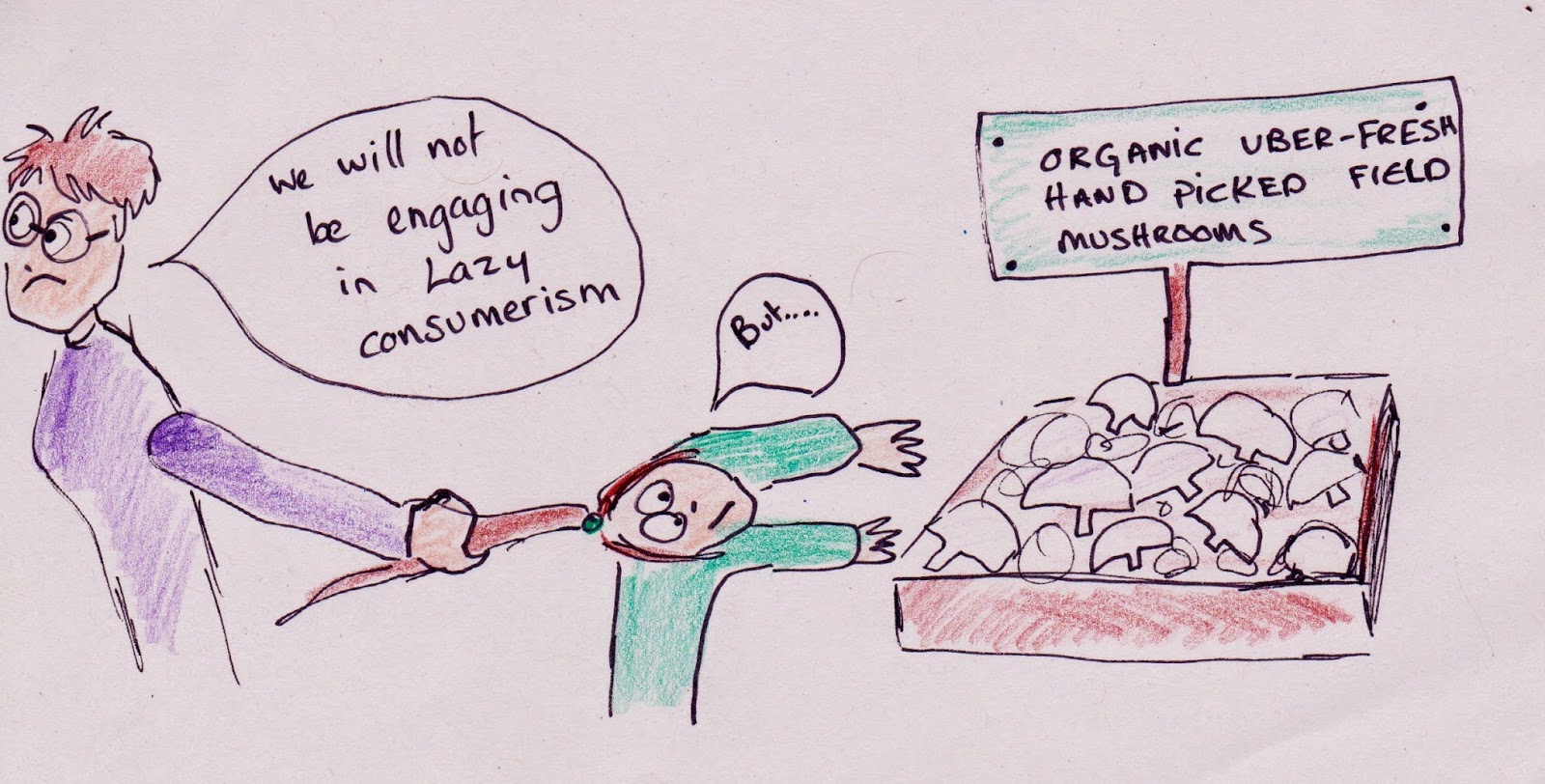 My brother was only a toddler. I know this, because he was wearing a squashy toddler suit and couldn't really walk, he just waddled along, clutching our hands and saying "Mushroom" with an adorable lisp.

We walked for hours. It might have only been a mile or two, but we were young and it felt like our whole day had been sucked into a mushroom obsessed alternate universe. 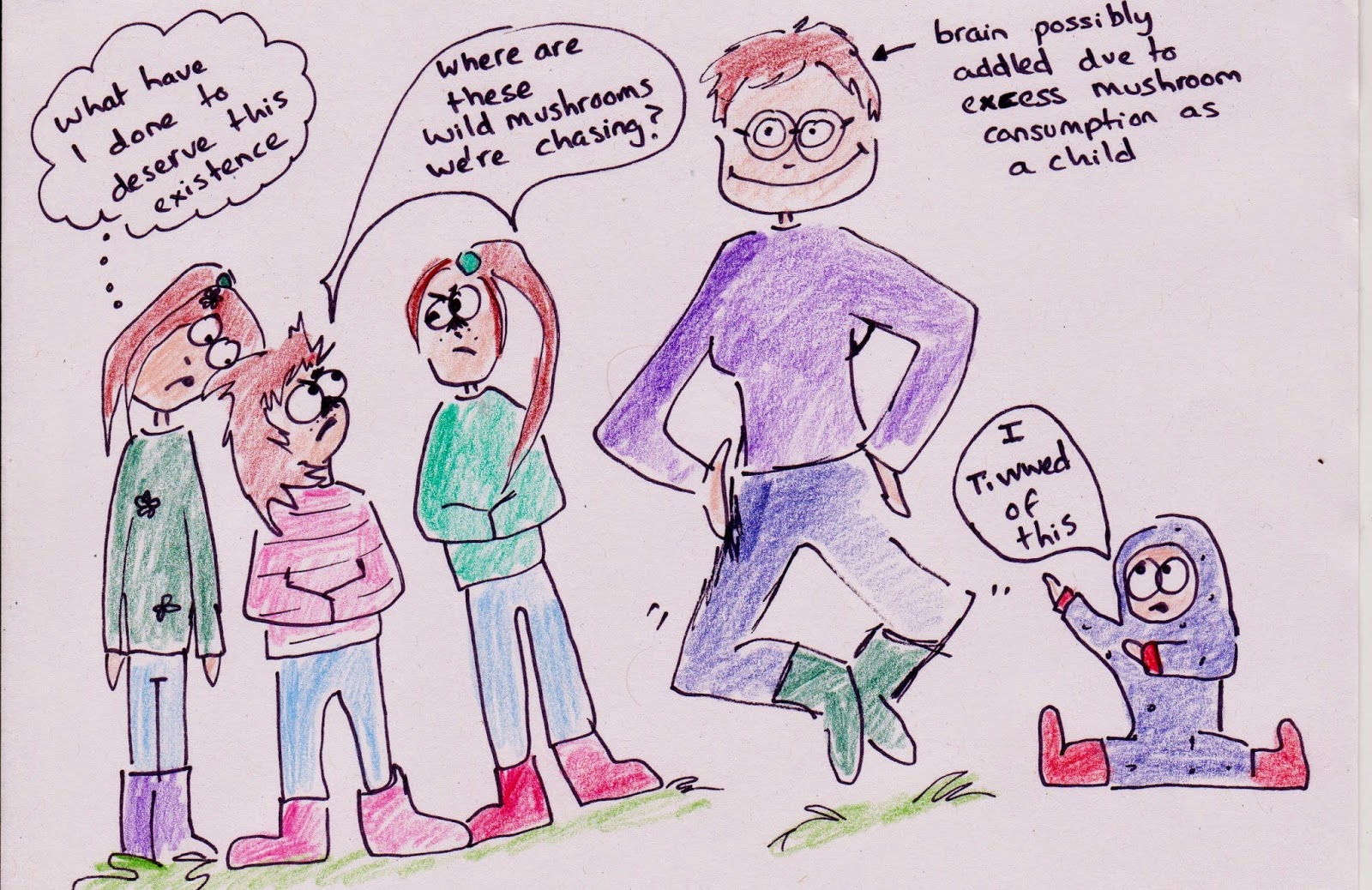 Eventually, we happened upon a field of cows. These were no ordinary cows, they were the sort that just thunder up and down the field for no reason except to squash daisies.
﻿ 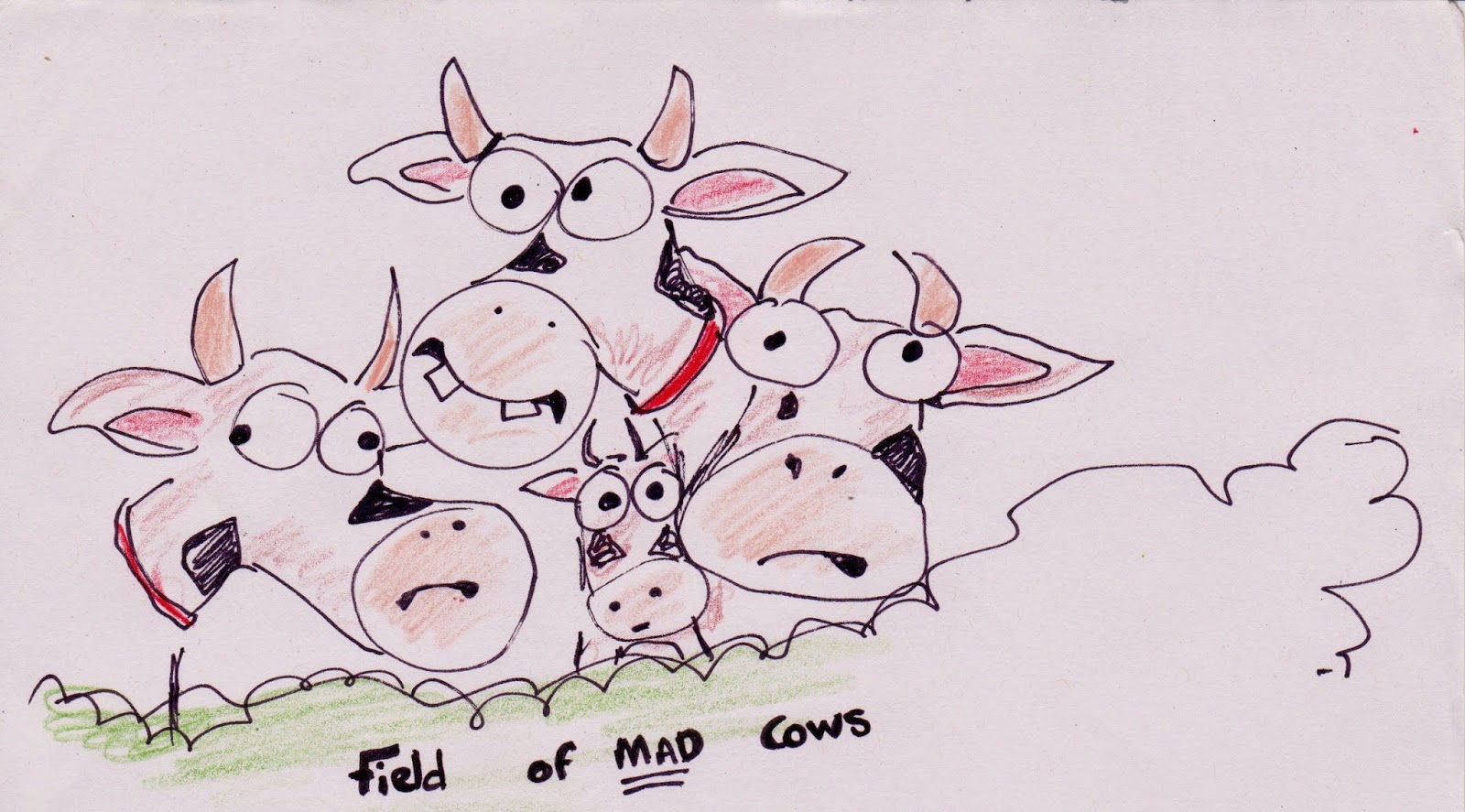 My mother spotted some mushrooms in the field. We had been searching for so long that we all knew what this meant. My mother does not give up easily.
﻿ We watched in horror as she pranced about the field, the wild cows trundling after her. 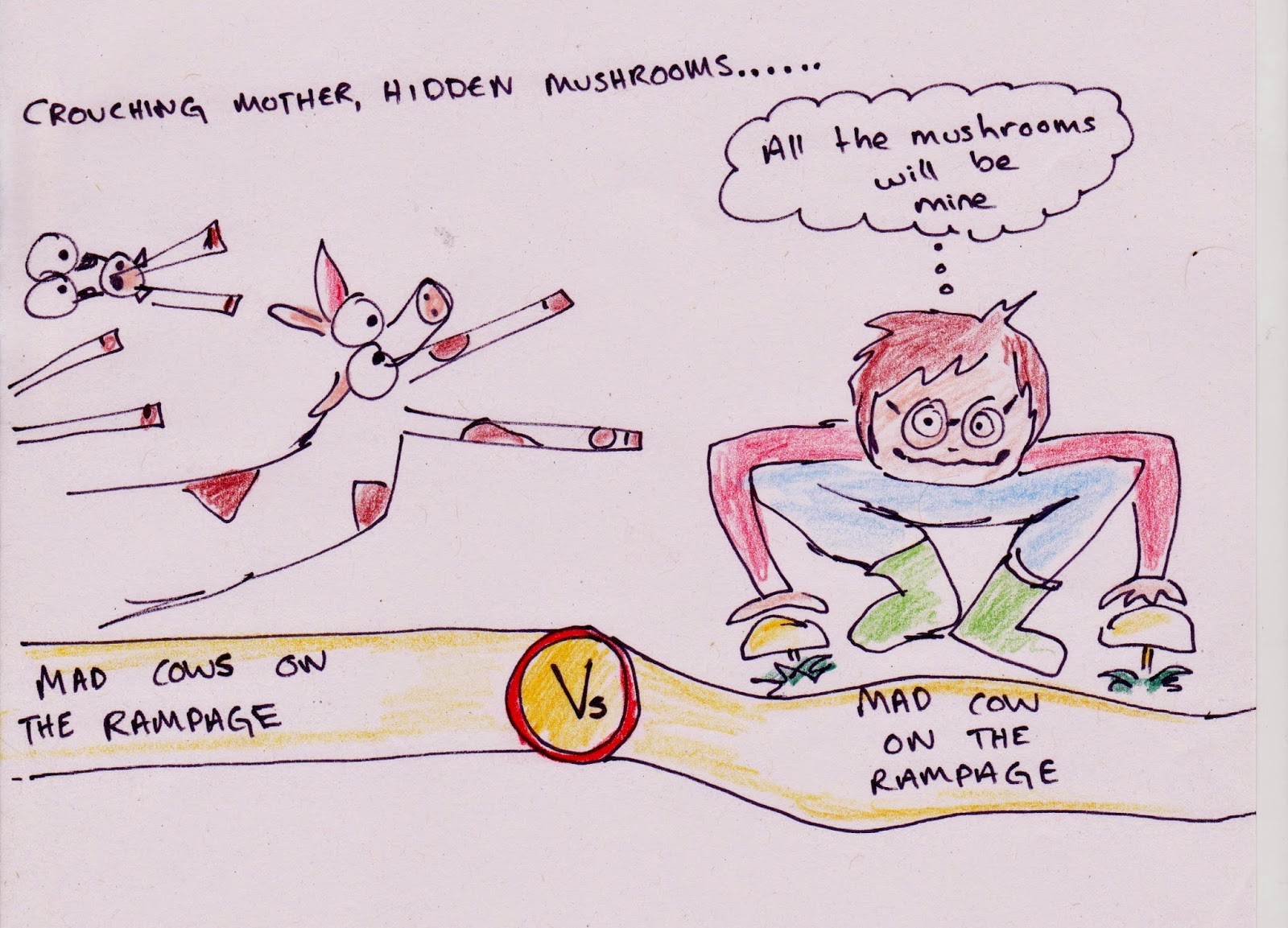 This was a herd of cows that would have flattened any other human, but my mother treated them as if they were adorable puppies. 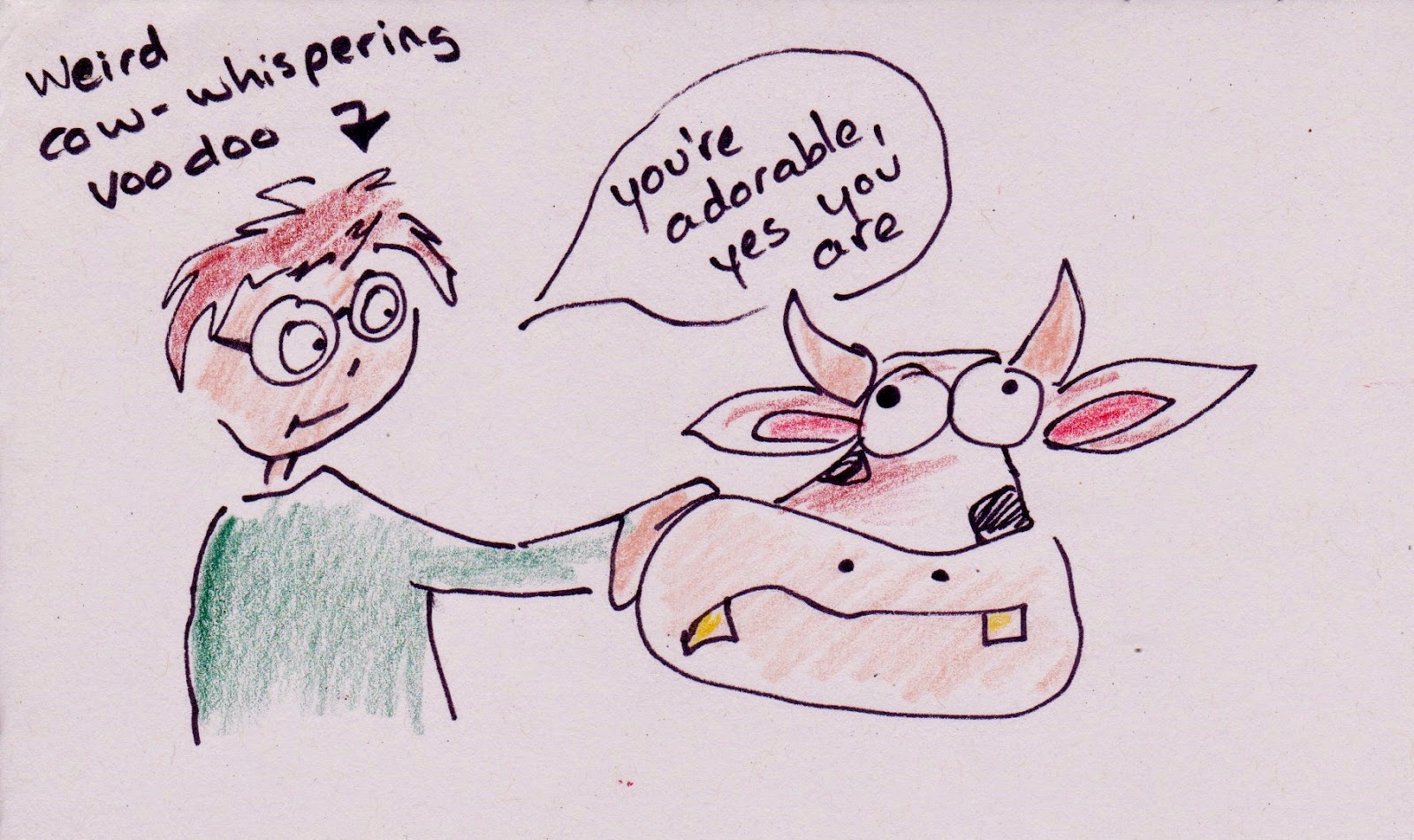 We watched with boredom as she skipped around brandishing each new mushroom at us, as if to seek our approval. 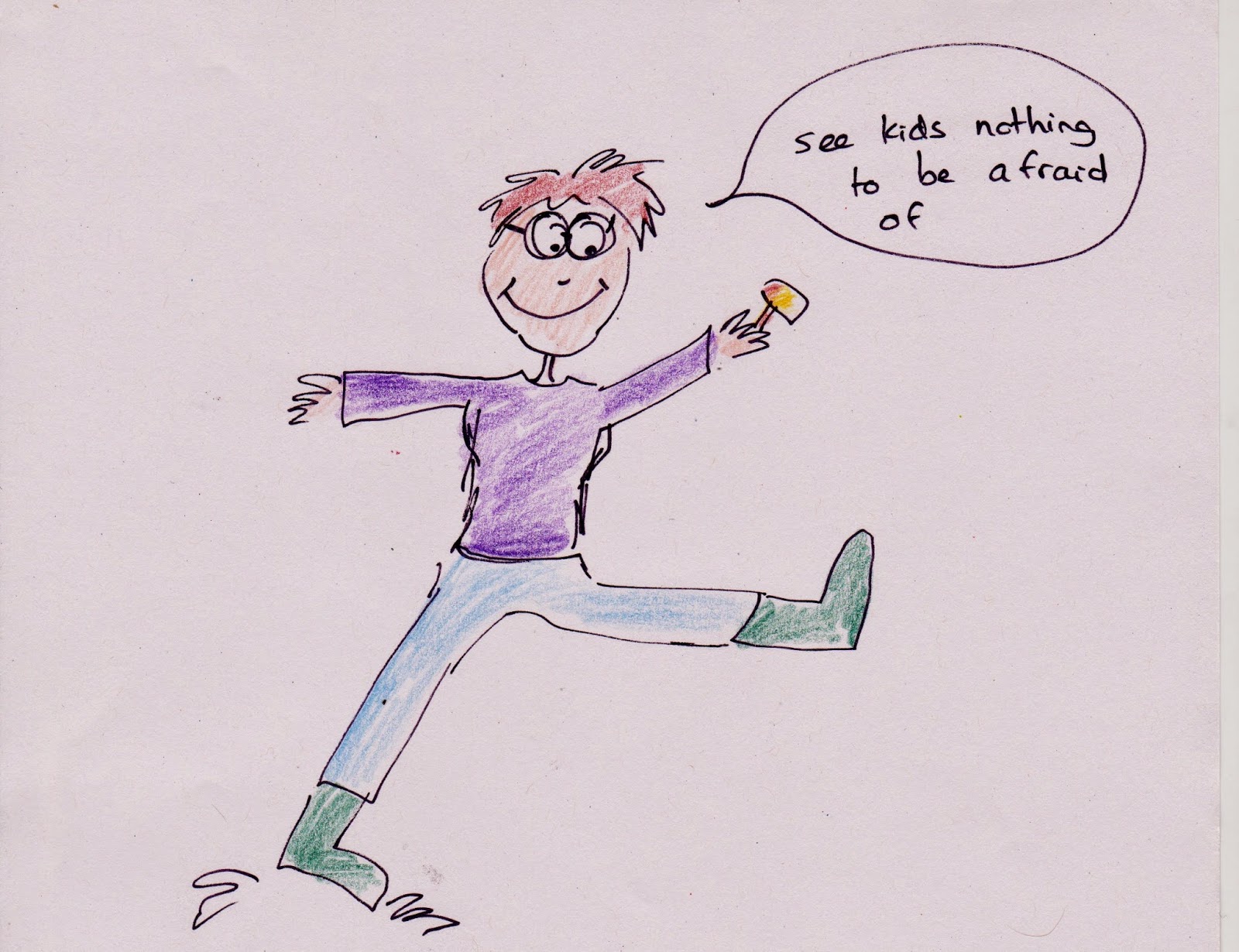 My brother, who we consider to be the brains of the family, got sick of the whole thing a lot faster than the rest of us.
﻿ 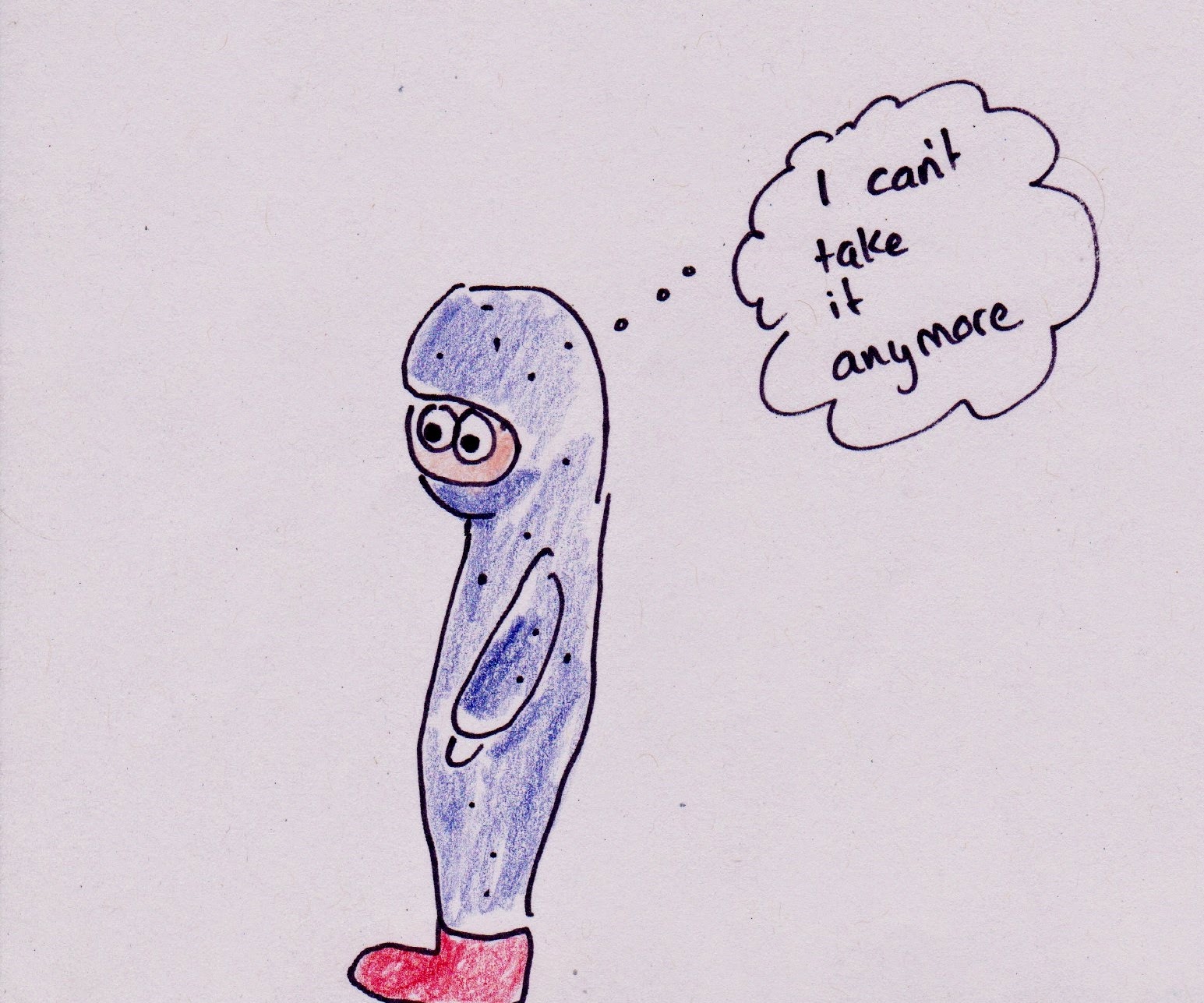 We were too busy moaning at the gate to the cow field to notice his sudden departure. It probably wasn't all that sudden, because of the toddling. 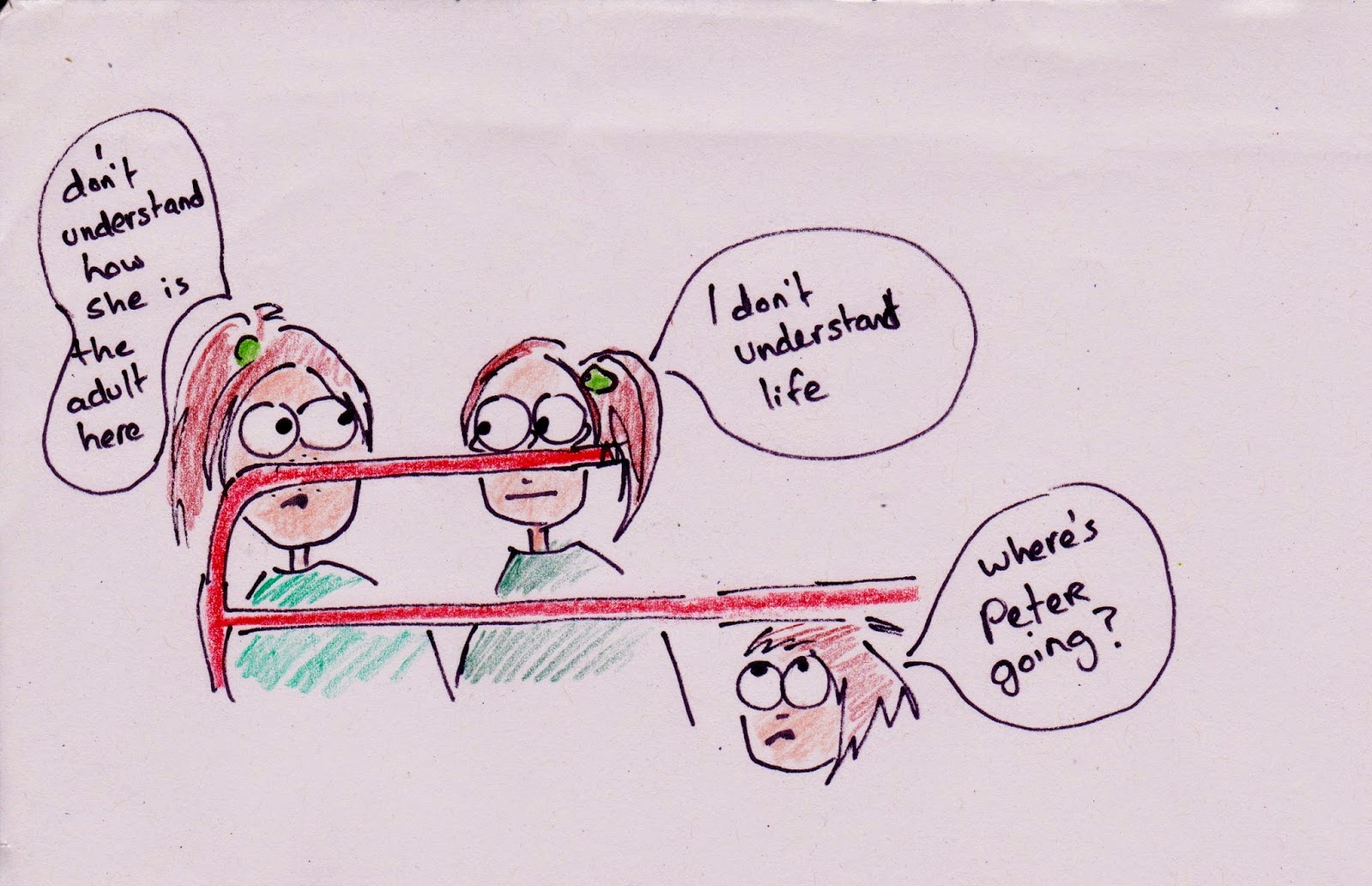 He had gotten quite far away by the time we noticed. 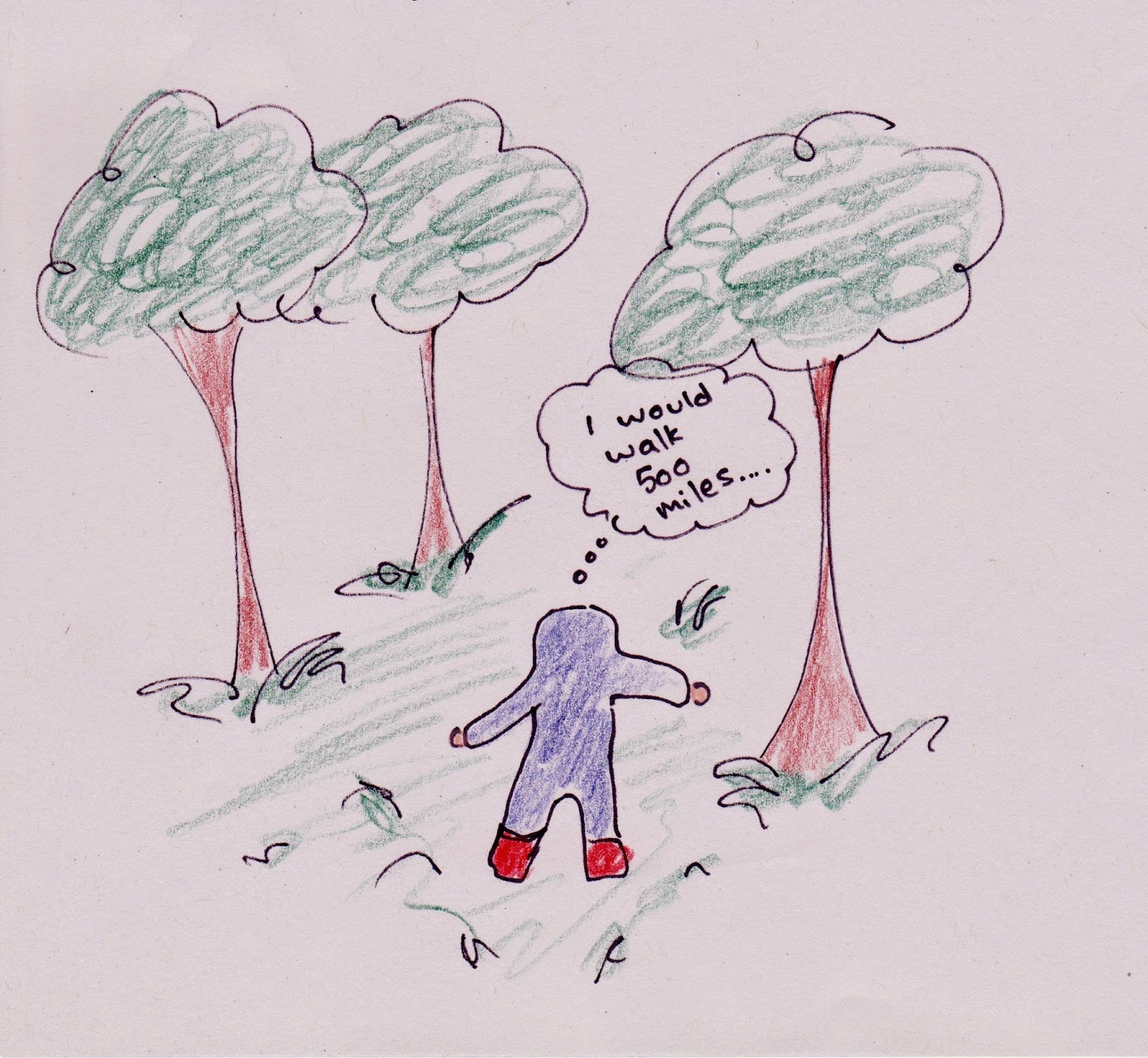 My mother was too busy cavorting amongst the cows and mushrooms to notice. So we sprinted after our escaping brother. ﻿ 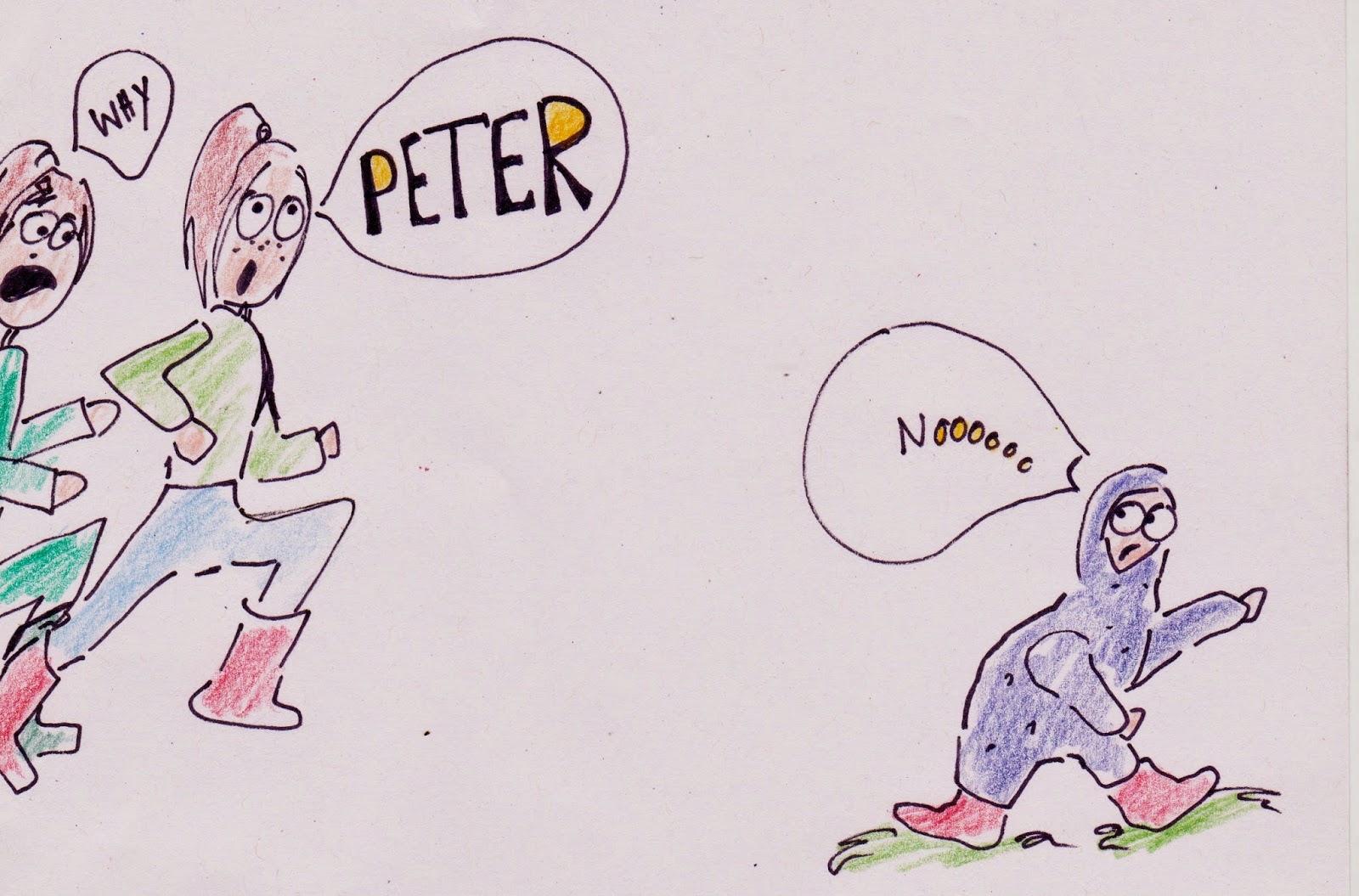 Just as we reached my brother, he stumbled and the most glorious thing happened. There are very few events in life that appear to happen in slow motion, but that was definitely one of them. 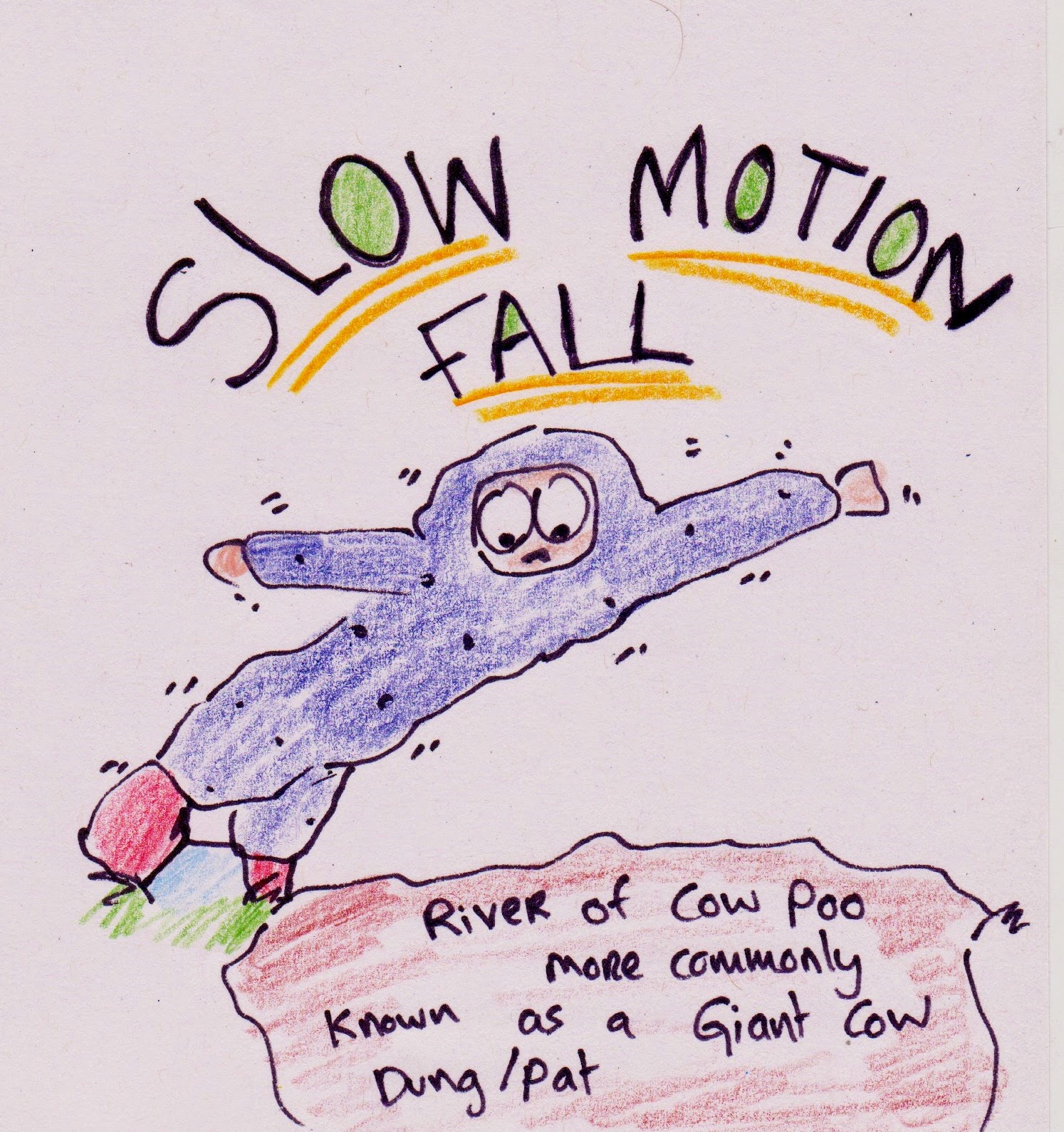 And then, this, which will remain in my mind as one of the single most memorable things I've ever witnessed. 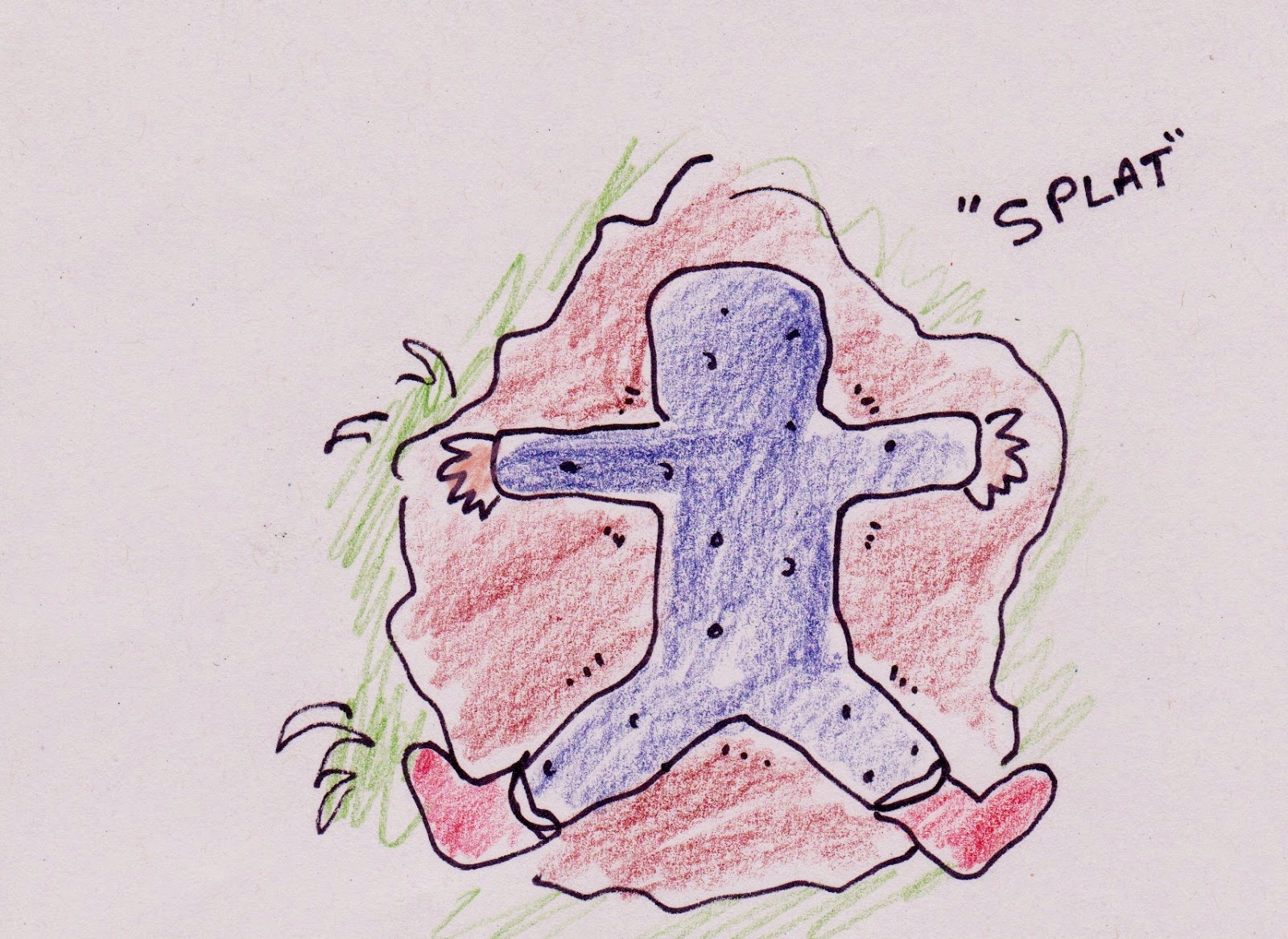 There was only one way to remove him from the cow poo, without becoming covered in cow poo.

I lifted him out of the poo by the seat of his pants and carried him to safety. 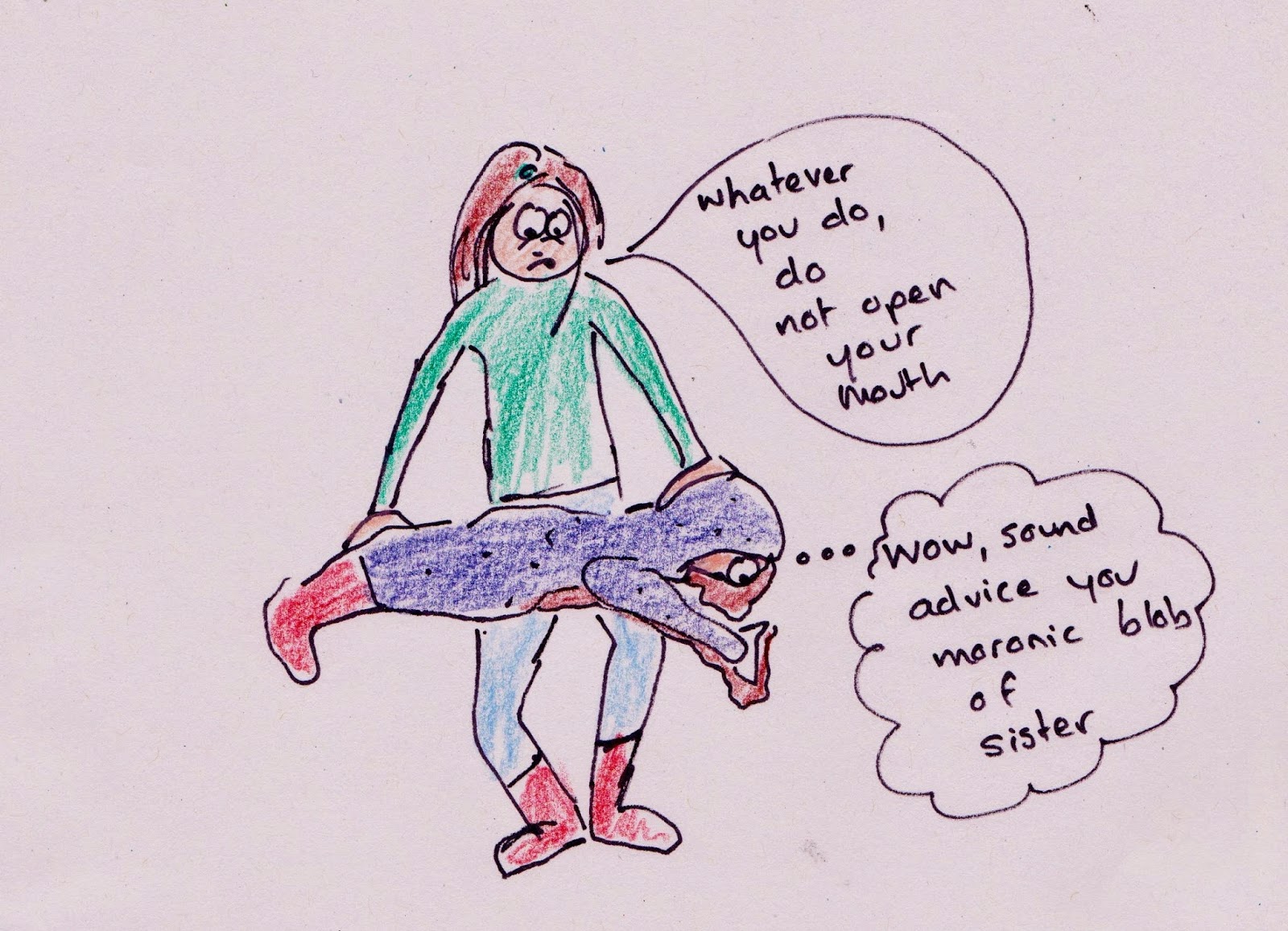 We then did the very comforting thing, or putting my brother face down in the grass, and swinging him backwards and forwards, to try and rub some of the poo off. By the time my mother arrived, he looked a little grubby, but she was so infatuated with the mushrooms that she didn't seem to realise anything had gone so horribly wrong. 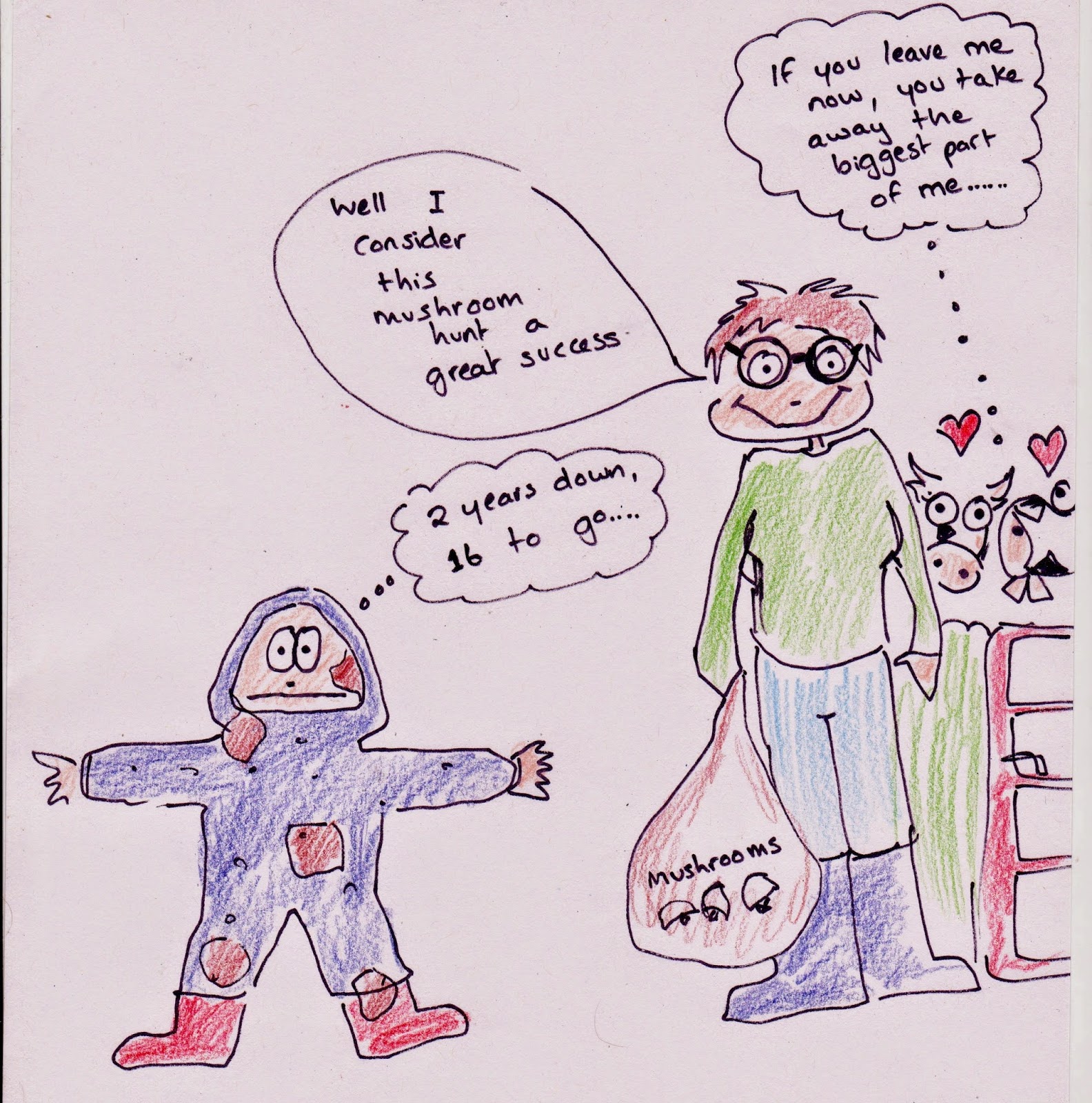 Posted by With all the Finesse of a Badger at 1:06 AM No comments: