I took a Film Class. I didn't really have much choice in the matter, it was either that or speech. At the time, speaking in public seemed way more terrifying than pressing buttons (which is how I assumed films were made). I signed up for Introduction to Film Making without asking any questions. I was convinced I was harbouring some secret film making gifts. 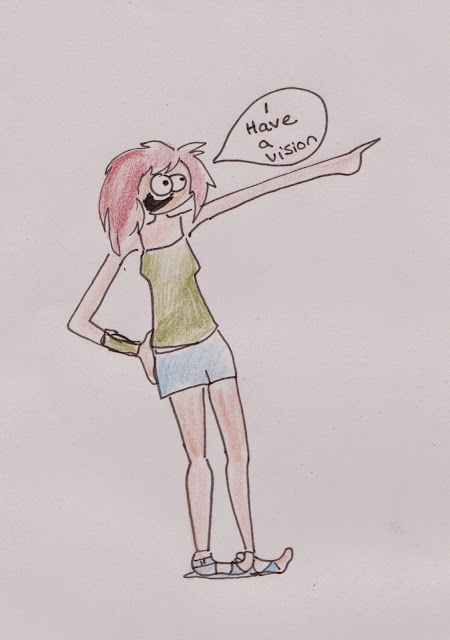 I had thought the class would involve loads of nice things - like filming an award winning independent film on my first try. But everyone else seemed to be way ahead, they'd already made films, and were pros at stuff like turning on televisions. 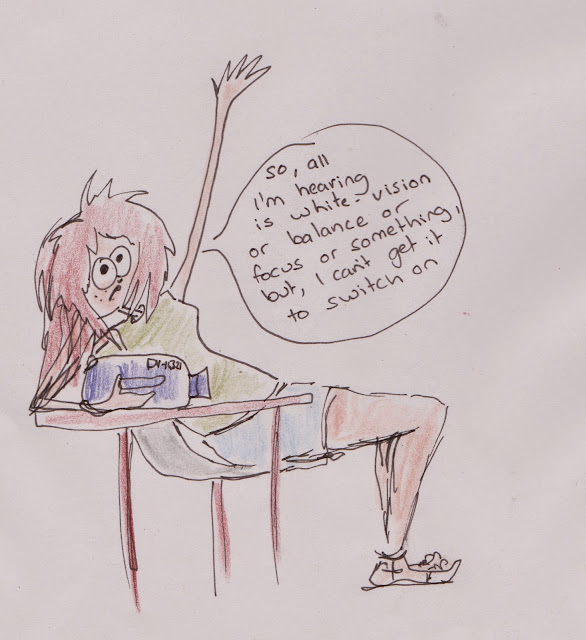 Our initial classes involved using basic editing software. Which was, in a word, frustrating. 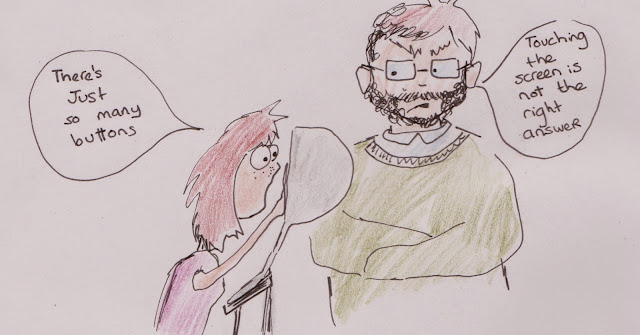 After that we were put into teams. Our team made no sense. 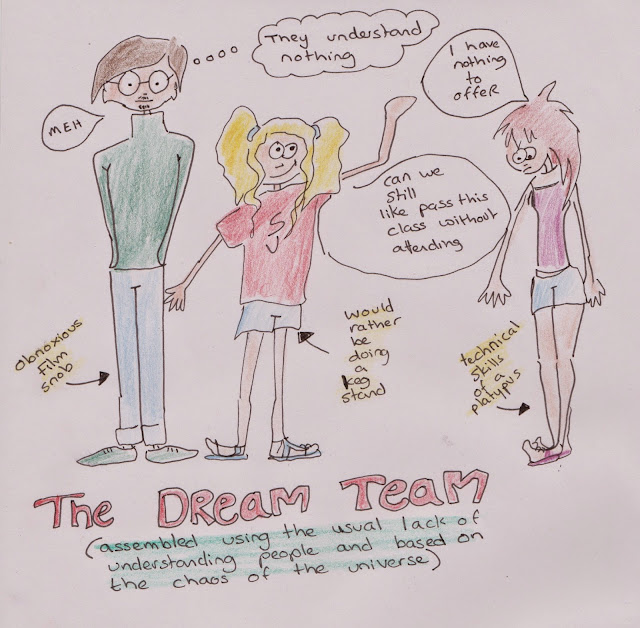 There was one guy who seemed to know exactly what he was doing, after realising that the rest of our group was incompetent he abandoned us to go it alone.

This meant I was literally left alone, as the other girl was too busy to make group meetings. 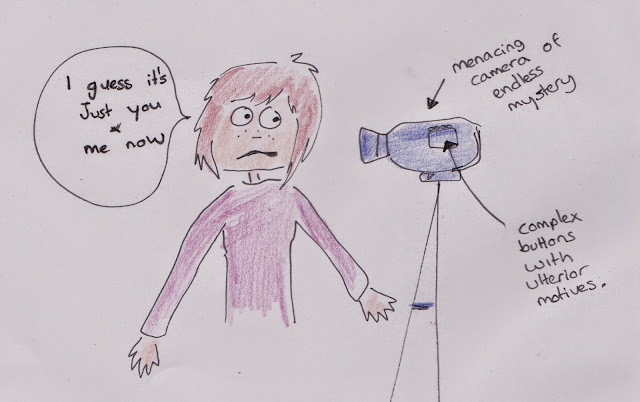 I don't know if you've ever tried to shoot and star in your own mini-advert film assignment, but it's not easy. Especially when you're not quite sure how to use the equipment. 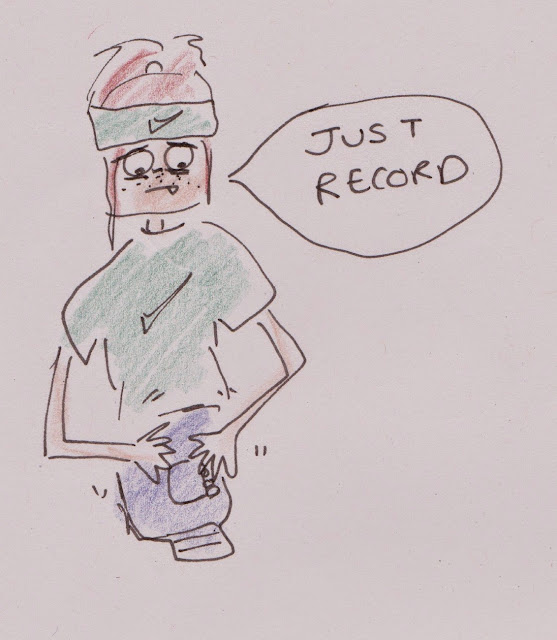 I ended up tying the camera to a fence. 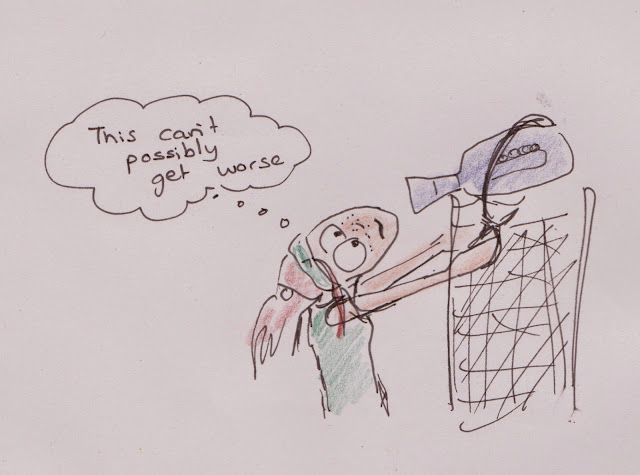 My idea was to shoot a close-up, high intensity, sports montage type advertisement. 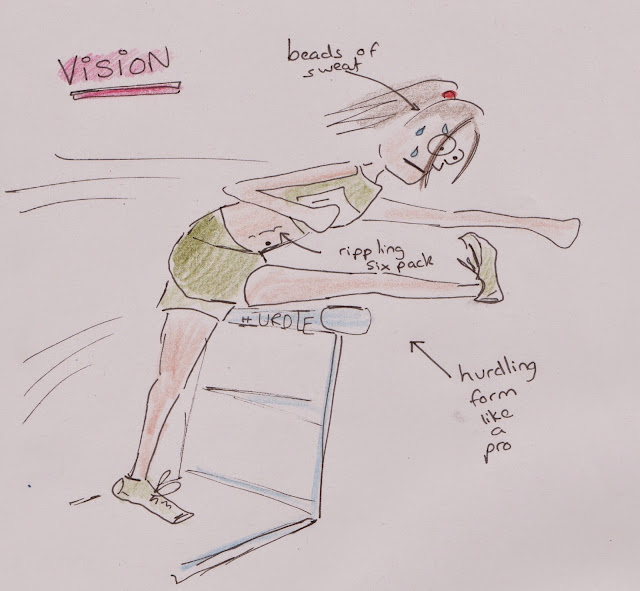 I ran around and left the camera to record my questionable running skills. 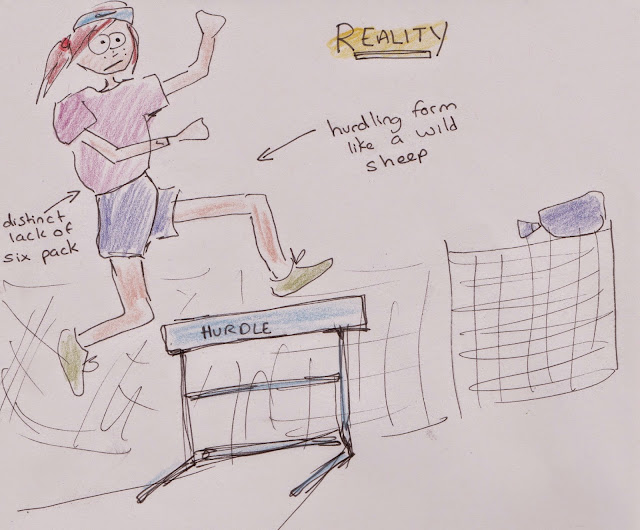 I knew the footage wouldn't be as intensely-sports-star-like as my vision. But I did not expect the footage to be as bad as it ended up. You could barely see anything, and worse still, there was no sound except the wind.

I wanted to reshoot, but my teacher informed me that I was running out of time. He suggested it might be wise to record some sound effects and type bold words on some plain backgrounds and insert them into the footage. This would at least get me some marks for editing. I did as I was told... 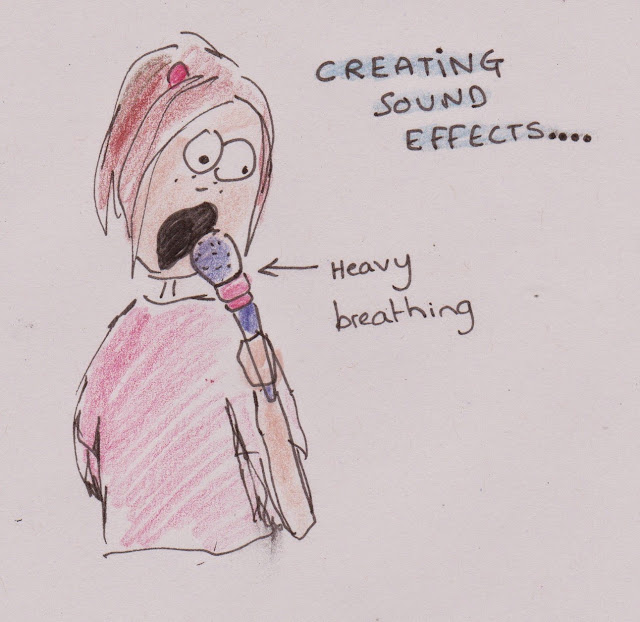 The editing process was painful. 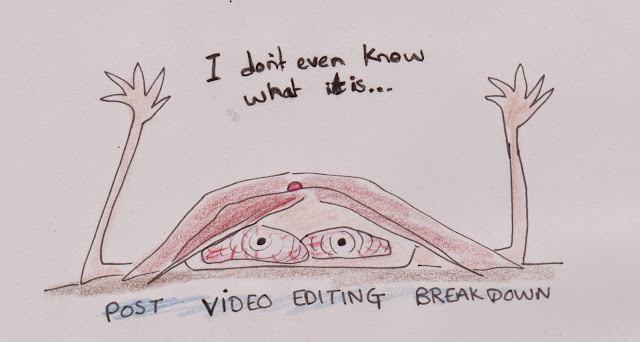 I didn't care anymore. I pressed save, without watching the last run-through. I'd been editing it for hours, I knew what was on there. I presented it to the class, thinking it wasn't really that bad. 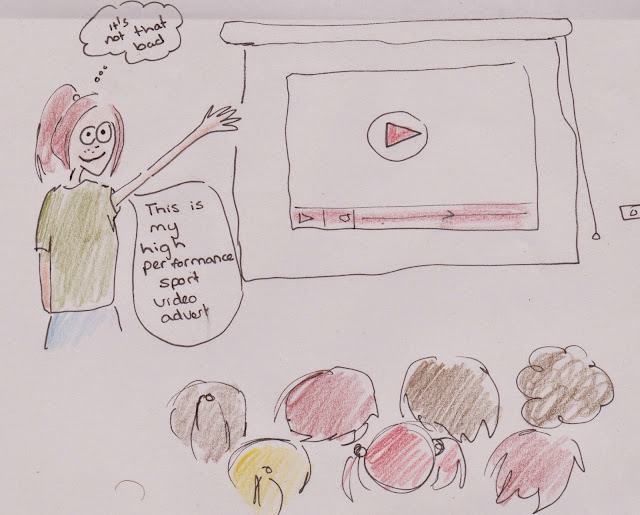 When I pressed play, the screen showed a plain screen with the word PASSION written across it, the screen did not flicker or change, and the soundtrack of heavy breathing kept playing. 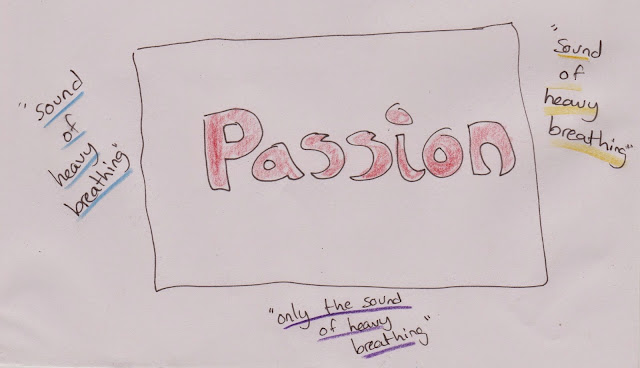 I did everything I could to make it stop. Given my aptitude for technology - this was mostly flailing. 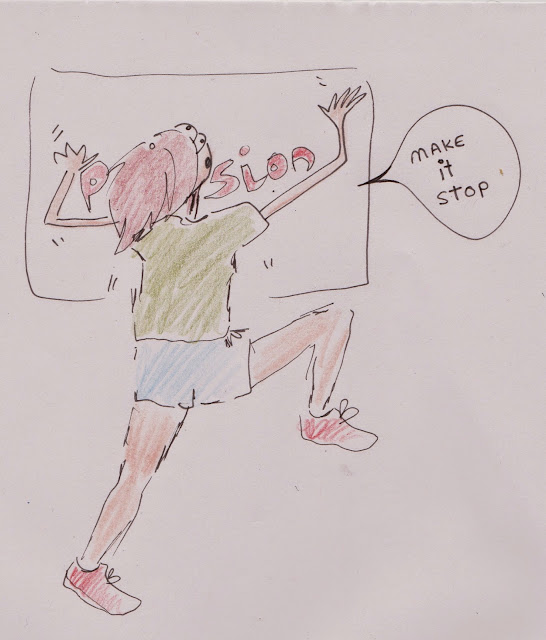 The teacher eventually called a halt to the mayhem with his portable mouse. And that, was the end of my Film career. 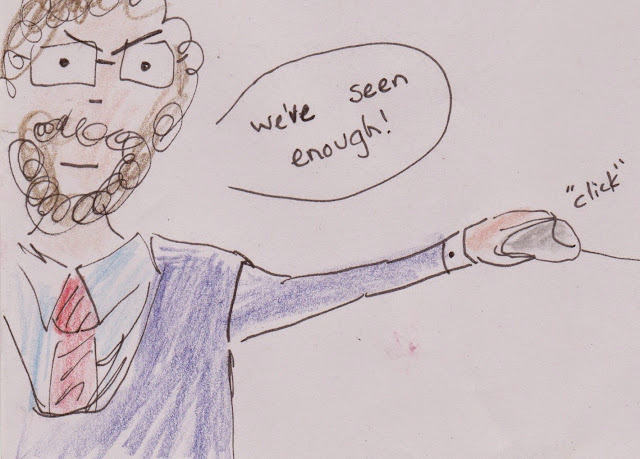