It's probably a little scary the way women, or at least many of the women I know, are programmed to beat themselves up over their weight. Not obviously, because that would be embarrassing now that we’re all self-aware and informed. But even the smallest women I've met (and they are teeny tiny runners that look like they should be drip-fed sandwiches) seem to count calories and consider any food that tastes better than lettuce to be some sort of luscious treat. A treat to be earned by squatting till their thighs bleed.

I, like many women, grew up watching my mother diet. She was never particularly heavy, but even at her lightest - she saw room to get leaner. I would consider my mum to be the kind of strong, quietly bull-headed woman that very few people could stand in the way of. But like many forward thinking women she had this crazy body hang-up. 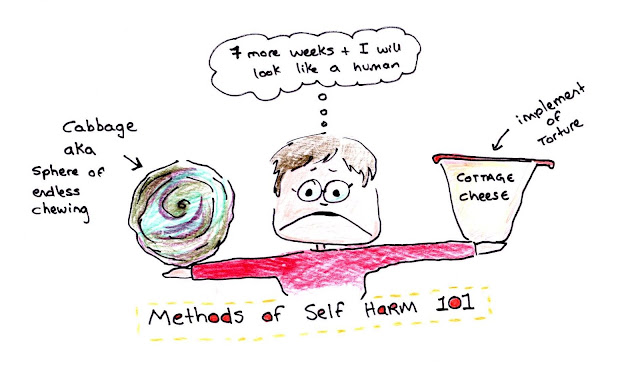 My mum isn't the reason I have body hang-ups, neither are the slew of women I know on various diets. Gluten free, Paleo, sugarless or OH I JUST DON'T EAT FOOD ON MONDAYS. I can see how silly it is and I struggle with it as much as the next woman. But I also pretend, for the most part, that I'm not susceptible to this kind of pressure. I do the whole - I am chewing lentils because I want to be healthier and I like the taste. I'm running around in circles because I'm challenging and strengthening myself. On many levels this is all true. But on a deeper level, I know that I am driven by a need to be small, a feeling that thinner/stronger/fitter/better me is just a few mile repeats away. I even do the malignly evil thing of pretending I eat more than I do, or convincing myself that I eat healthy. There was even a stint where I was throwing back junk food in a sort of stick it to the man, I can eat what I want regime. 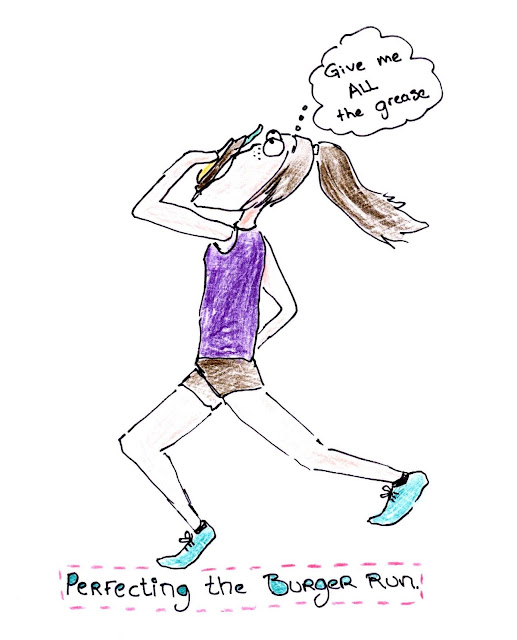 And I’ve never really lost or gained weight in a dramatic sense. Like most women I sort of fluctuate mildly. So therefore I must be healthy. Yeah right. I have a fast metabolism, I am naturally on the smaller side of things, but I don't feel that way. The summer I ran 60 miles a week - is the summer I beat myself up over everything I ate, but pretended to be a burger shovelling enigma in public. There's this romantic notion of thin girls that eat loads. They're the cool girl, the not worried about weight girl. Very often they're also going to ridiculous measures to remain that way behind closed doors. I've seen women run half-marathons and then eat half a sandwich as a reward. I know athletes that trained constantly and still threw up every second meal. At my thinnest, I used to drink 7-up to substitute meals. Which is all awful. Which is all more common than any of us allow ourselves to believe. Given how common it all is, I try to consciously steer clear of the debacle. I try not to weigh myself, because that’s not how I should create self-value. I’d managed, more or less, to kill a lot of the bad habits when I stumbled upon the idea of sugarfree living. 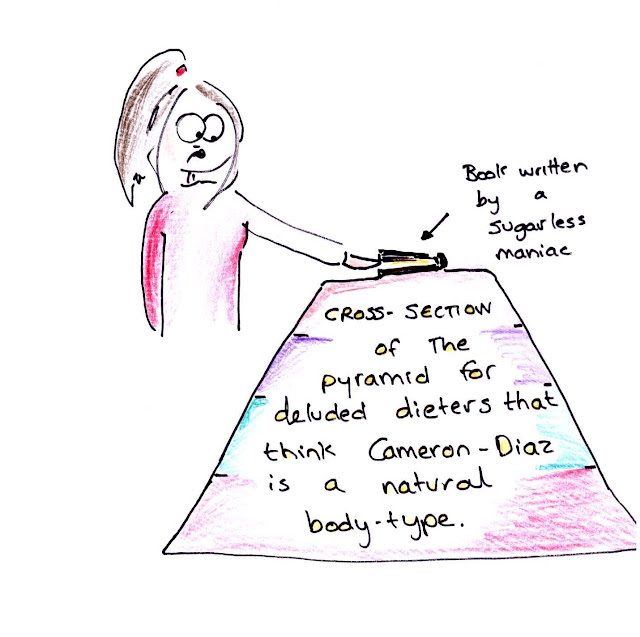 Cult is a strong word. But that's what the book feels like now. It gave me enough facts to be able to support the new diet with buzzwords like healthier, energised and less sluggish. But I wasn't really motivated by much of that, it was there, on some level. On a more obvious level there was the picture of the sugarfree girl on the front, there was the promise of not being hungry while nibbling kale and the idea that I would have cute colourful lunches in Tupperware. A svelter version of myself would frolic into the world. Svelter, would also somehow mean I became more emotionally balanced, happier and full of joie de vivre. I'd be picking flowers to place artistically on top of my homemade salads. I'd be doing Yoga on cliff sides in under a year. I'd be worthy of an instagram account to detail my morning jogs. I'd be the kind of super woman that stands on her head while making sugar free brownies for the homeless at 6am in the morning. 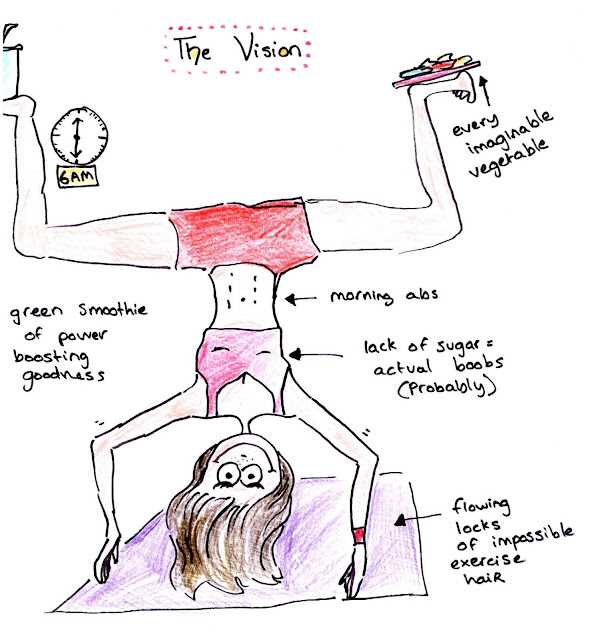 I'd like to point out that the book isn't to blame either. Nobody is. This is just how diets work. Or how a lot of us do. We try to better ourselves and go for the most obvious and external thing. I did the fridge purge. Muttering to myself in the kitchen as I cast aside all the devil food I had been living off. Asking myself how I hadn't become a coconut-butter loon sooner. 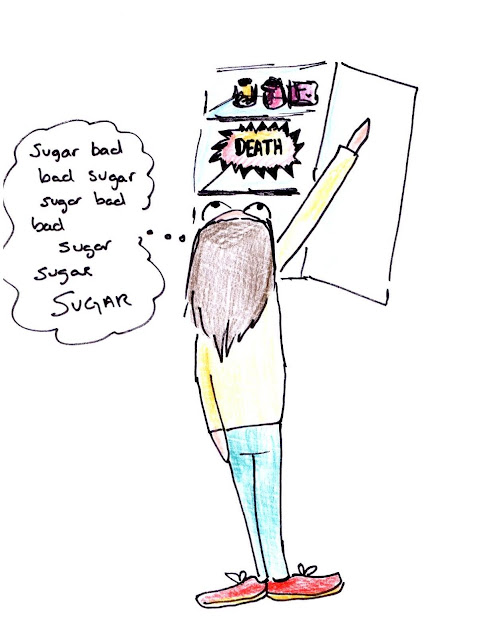 As with lots of diets, the easiest way to make yourself do it is to tell a load of people. So, spiel in hand, I offloaded my sugarfree plot on anyone that would listen. People look baffled when a thin person goes on a diet, as they should. But I peppered the conversation with buzz words, I was going to be healthier and happier this way. THEY WOULD SEE. My future fitness Instagram-ing wonder self would show them. 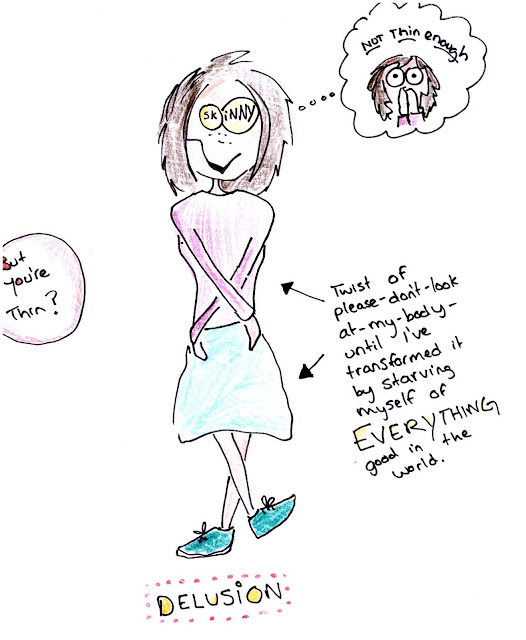 I don't know if you've ever tried to shop sugarfree, but don't believe the hype. It's all painful. It's painfully expensive, unless you go for the -tinned tuna, cucumbers and rice cakes- end of the scale. Which let’s face it, is actual torture. And with the exception of rice cakes (aka Styrofoam) I like those things. Not only this but reading food packaging that closely makes you feel bad about yourself. The sugarfree diet does a lot of things, one of them is to manipulate you into thinking former life choices were stupid and that somehow a custard cream will probably kill you. 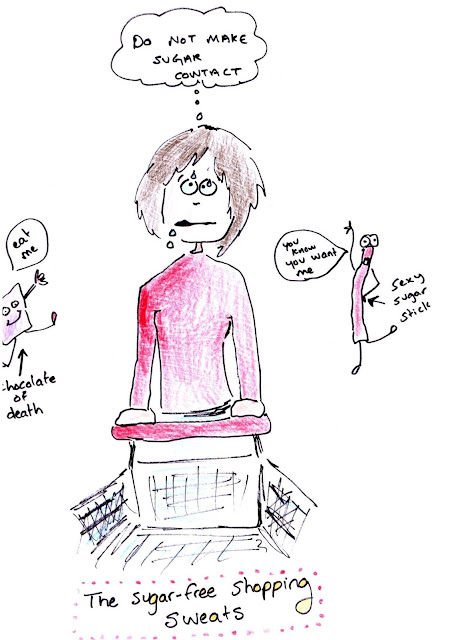 What's worse is that all your insecurities manifest themselves in long speeches to friends on the benefits of sugarfree living that are more for you than them. Nobody needs to know how delicious each item of food you eat is or that you now feel like you can conquer the world. You crave other converts and judge other people for their sugary purchases. You become a horror. 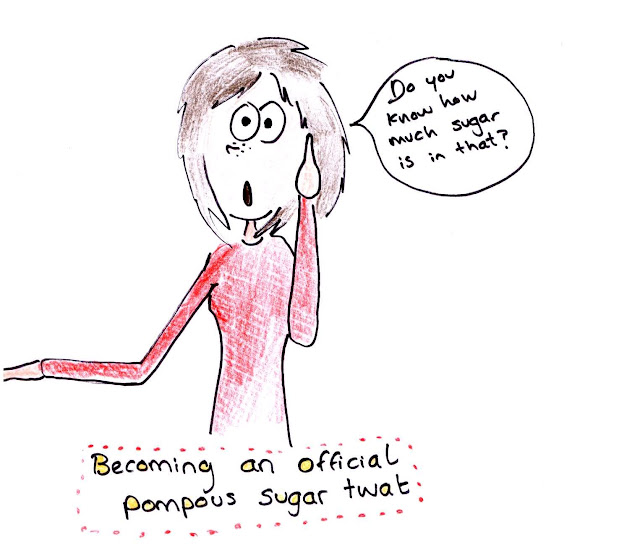 The kind of horror that laughs about withdrawals. But really feels like death when she's face-planting the local park, instead of running. I know, I spent a good ten minutes crying into some daisies in Bushy Park, while my stomach tried to murder me. 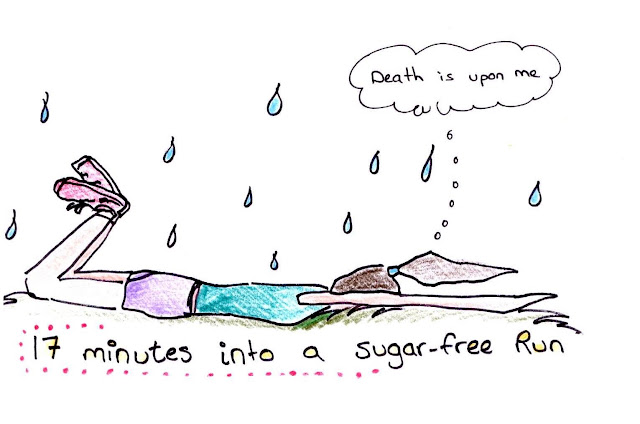 Even then, with knives riddling my insides, with my body almost convulsing from the diet, I convinced myself that it was withdrawal symptoms. I’m not the kind of woman that gives up, I am stronger than that. And there lies the issue. We’re all struggling so hard to be this independent, thin, brilliant, together woman and I’m not sure she exists. Why death crawl around your kitchen to find some cucumber to gnaw on, when you could sit down and have a biscuit? Would the brilliant woman not do that? I really hope she would. 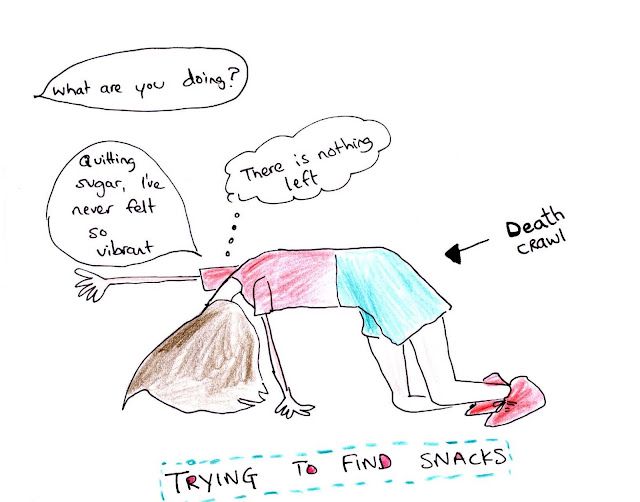 Or would she, like me, keep going. Talk about vegetables incessantly and become the sort of person that has to write an article to realise she’s being an idiot. Or worse, only realise the error of your ways when you’ve lost all your friends. There’s only so much carrot-championing that a person can realistically condone, no matter how much fun you used to be in your pre-sugarfree days. 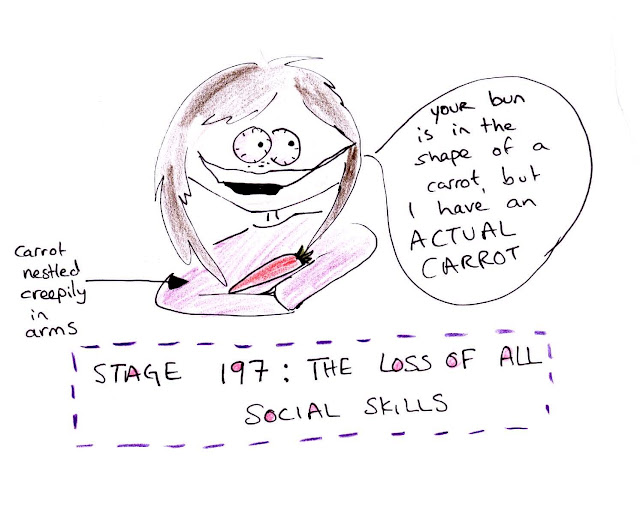 Would she lie awake at night having monumental nightmares about eating M&M’s? Sure that sounds hilarious. But the actuality of waking up in a cold sweat over a dream about ingesting one heavily coloured piece of sugar is a little disturbing? Isn’t it? 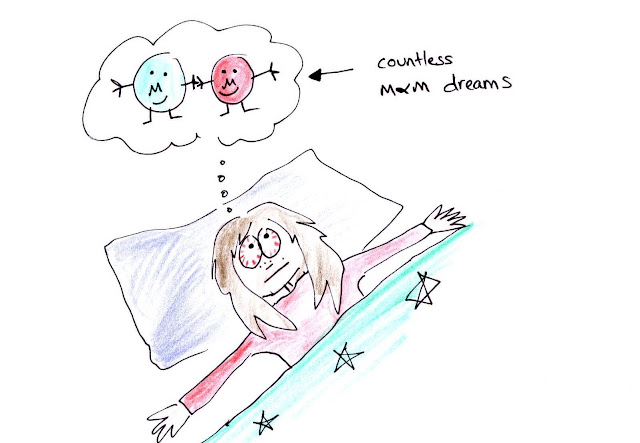 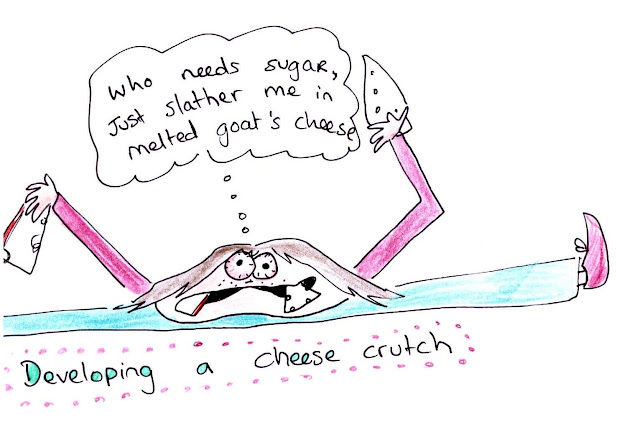 Posted by With all the Finesse of a Badger at 1:16 PM 3 comments: